PBC Have Big Plans For UK Market Through ITV Deal

Current and former world champions Lee Selby and James DeGale “have a platform to stage big fights in their home country without having to travel oversees” thanks to an exclusive three-year deal between Haymon Sports’ Premier Boxing Champions (PBC) and Britain’s ITV, said Tim Smith, Vice President of Communications for Haymon Boxing, which handles all three fighters.

On the heels of the PBC’s three- and four-year alignments with Showtime and FOX, the ITV partnership guarantees a minimum of 15 televised events each year, drawing from PBC's roster of 160 fighters, 60 of whom are current or former world champions.

ITV is comparable to "NBC, CBS, ABC or FOX in America," said Smith.

"They have a streaming service and the capacity to do pay per view as well as other platforms. If you’re a British fan, I think the ITV agreement means that you’re going to see more big-time boxing on your biggest commercial network in Britain. The PBC is the premium home for boxing in America, I believe, and we’re going to bring the same level of quality from the United States into the UK," said Smith.

"There will be select fights that UK fans will see that are going to be staged and emanate from the U.S. We have 60 current and former world champions and all of those guys are in the mix besides the 160 other fighters we have on our roster. So it just means that you’re going to see some high quality, high-level fights involving the outstanding stable of fighters that we have. So you’re going to see some real boxing, basically, if you’re a UK fan.” 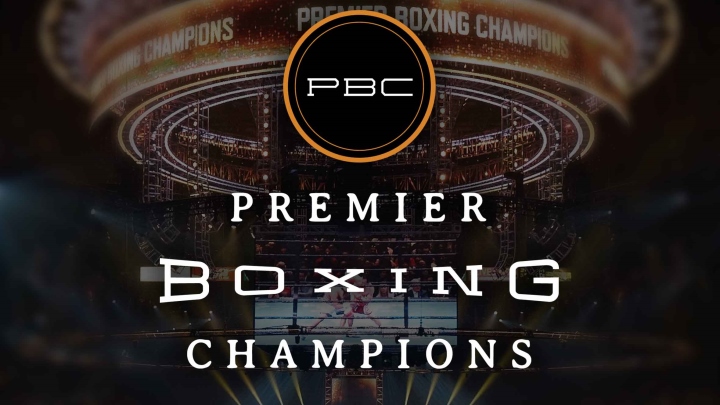 Take, for example, DeGale (25-2-1, 15 KOs), a two-time 168-pound champion and 2008 British Olympic gold medalist who is targeting Chris Eubank (27-2, 21 KOs), a left-handed Englishman whose last fight was a third-round stoppage of J.J. McDonough in September.

Eubank lost split- and unanimous decisions at 160 and 168 pounds to unbeaten southpaw Billy Joe Saunders (November 2014) and George Groves (February), the latter in a title bout.

DeGale had gone 4-1-1 in six previous fights (all title bouts) before scoring a career-reinvigorating third-round stoppage of Fidel Munoz in September for his first knockout since his third-round TKO victory over Marco Antonio Periban in 2014.

Before the Munoz fight, DeGale, 32, had lost to and won back his IBF crown in two bouts against Caleb Truax, falling by majority decision (December 2017) and winning unanimously (April) before vacating rather than face mandatory challenger Jose Uzecategui.

In terms of Carl Frampton, there is a different scenario. Frampton has an advisory relationship with Haymon Sports. Frank Warren is his promoter. Warren will determine what network he fights on.

The 31-year-old Frampton has a desire for unifications with left-handed WBC counterpart Gary Russell Jr. (29-1, 17 KOs) or WBA titleholder Leo Santa Cruz (35-1-1, 19 KOs), who defeated Frampton in Las Vegas by majority decision in a January 2017 rematch of Frampton’s victory the same way in July 2016 in Brooklyn, New York.

A win over Warrington would follow-up Frampton’s WBO interim title-winning unanimous decision over four-division champ Nonito Donaire in April and a ninth-round TKO in August of previously undefeated 2012 Olympic team captain Luke Jackson, whom he floored with an eighth-round body shot in Belfast.

[QUOTE=Bad Bart;19350025]Hahaha! Dude, relax, no one is that invested in the career of a promoter.[/QUOTE] I genuinely have no idea what you're talking about.

I assume this just means getting a load more fights hidden away on ITV PPV rather than seeing anything for free on ITV1 or ITV4.

Hopefully we get fights like Spence Garcia on the ITV1 channel, I'll definitely stay up to watch those if they are.

[QUOTE=Sid-Knee;19349780]These fights i'm sure will be on ITV PPV. Thus, they won't be around for long as the venture will flop.[/QUOTE] Hahaha! Dude, relax, no one is that invested in the career of a promoter.

[QUOTE=Sid-Knee;19349780]These fights i'm sure will be on ITV PPV. Thus, they won't be around for long as the venture will flop.[/QUOTE] Oh, no doubt some fights will be on PPV. That's just how it is in the UK. I counted…