Payano: This Matchup With Roman Is A War, I'm Coming To Bring It

The summer began with Juan Carlos Payano preparing to stare down an opponent for the chance to begin second title reign at bantamweight.

When that didn’t pan out, he settled for arguably a more dangerous foe in hopes of moving towards a title reign in a second weight division.

The two-time Olympian for Dominican Republic and former bantamweight titlist moves up in weight for a dangerous assignment versus former unified titlist Daniel Roman. Their bout is a sanctioned WBC 122-pound eliminator, sharing space on the same Showtime Pay-Per-View event as the next potential opponent as Luis Nery (30-0, 24KOs) and Aaron Alameda (25-0, 13KOs) collide for the vacant WBC title.

“Every win gets me closer to regaining a championship,” Payano (21-3, 9KOs) told BoxingScene.com. “I like that all of this takes place under one roof.” 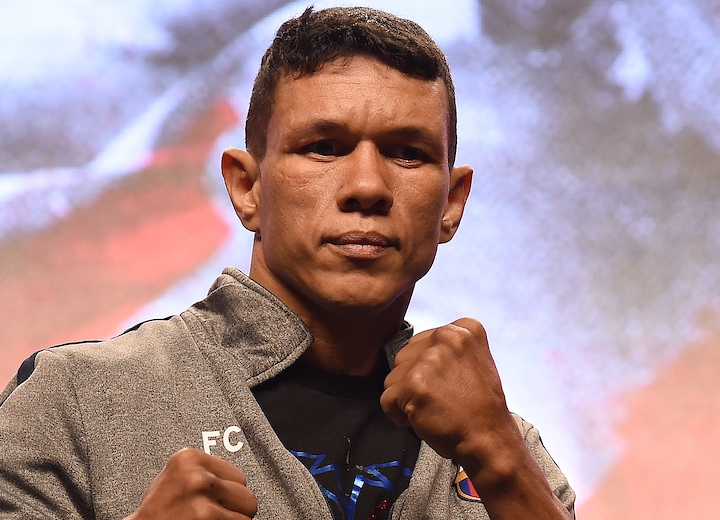 Payano has not fought since a 9th round knockout loss to Nery last July in Las Vegas. The bout was the last at bantamweight for both boxers, having each enjoyed title reigns at the weight. Payano—a 36-year old Dominican southpaw who now lives in Miami—held a belt for nearly two years beginning with a technical decision win over the excellent Anselmo Moreno in September 2014.

A narrow loss to Rau’Shee Warren in their June 2016 rematch—10 month after having outpointed the three-time U.S. Olympian—brought an end to his title reign, having since won four of his past six starts. On the flip side, he has also lost two of his past three contests.

Original plans called for Payano to face Philippines’ Reymart Gaballo for an interim title earlier this summer, only for the bout to never see the light of day. Instead, it’s a four-pound move up the scale to face Roman (27-3-1, 10KOs), who also enters on the heels of a defeat. The Los Angeles native ended his unified title reign in a thrilling 12-round split decision at the hands of Murodjon Akhmadaliev this past January.

Needless to say, both sides are in need of a win not just to remain in the title hunt but to remain relevant in the general landscape.

“A victory over a former champion is a good one to have on your résumé,” notes Payano. “The same goes for Roman if he beats me. He is a former unified champ, so of course he’s good. On paper, this matchup is a war, so I am coming to bring it. A win brings me to a championship fight and I'm ready to do whatever it takes to get there."

Roman got screwed losing his title. I hope he knocks this payaso out.