Pavlik: I Would Rather Have Fought Froch Than Calzaghe

FORMER world middleweight champion Kelly Pavlik remains content that he has fought for the last time.

“I promised my kids at a young age and my wife that I would be done. They wanted me done shortly after I won the title,” said the Youngstown star.

“I get the itch here and there but not enough to go back there. When does enough become enough,” he asked. 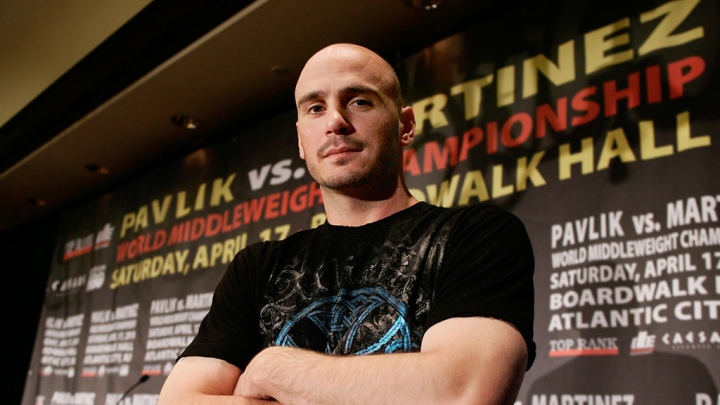 Pavlik now weighs a strong 230lbs and keeps a keen eye on his old division.

“I don’t want to be the person to say sh*t. Canelo looked very ripped in the GGG fight but I can’t say I think he cheated because we don’t know,” Pavlik said.

“[At middleweight, there’s] Jermall Charlo as well. It is [a strong division] but it’s still not as competitive as light-heavyweight or welterweight. It looked to me like Triple G’s age is catching up with him. For a time there wasn’t a lot going on in the middleweight division, it’s not his fault, it’s just the time you come up in it. I think Danny Jacobs is legit. That fight he had with Triple G was close. If you gave that fight to Jacobs I could see why. If you gave it to Triple G, I could see why.

"[Billy Joe] Saunders reminds me of Sergio Martinez, his style is almost identical, but I don’t think Saunders is as good as Martinez, and we have not seen enough of him yet. Let’s see what happens when he and Charlo fight somebody. Right now it’s Jacobs, Triple G and Canelo, but if Canelo wins his next fight he’s going to take sh*t and if he loses he’s going to take sh*t.”

At different stages of his career, Pavlik was linked to fighting British heroes Joe Calzaghe and Carl Froch He would have preferred to face Nottingham’s Froch.

“Let me tell you why,” he started.

“I respect the sh*t out of Calzaghe. I think that guy’s career was underrated, I truly do. The guy was a hell of a fighter. If he slapped, then shame on you for getting bitch slapped an entire fight. Seriously, you’ve got to give the guy credit. Froch… Let’s put it this way, and I don’t usually measure fights, but you can. Jermain Taylor, a little after I fought him, knocked him out and beat him twice, he fought Froch. Not only me but other people thought Taylor put an ass whooping on Froch, for 12 rounds and in the last round he just got caught and he went down.

If Jermain had just taken a knee for a little bit longer and just stayed away he was probably far enough ahead on the scorecards to beat Froch. Froch, to me, was a tough dude. Take nothing away from him. He could hit and he had a hell of a chin. I just think I would have hit him, landed more, had a higher landing percentage. I’m not saying I would have knocked him out, it was a hard feat to knock out Froch, but I think I would have beaten him.”

Pavlik last fought in 2012, winning his last four fights. There has been speculation, emanating from his hometown that he’s come off the rails at different times. Pavlik says he’s outgrown trouble.

“I’ve been good,” he smiled. “I’ve had my fair share of fun. I’ve been immature, nothing crazy. It is what it is. I don’t do anything anymore.”

Froch would of put a proper beating on Pavlik imo. Would of been a great fight though.

[QUOTE=epyh;18879262]If Taylor could hurt him, Pavlik, who punches hard and precise with both hands, would have KO'd him. He would not run around and outpoint you; he would stay in the pocket and keep operating on your corpse, like he…

[QUOTE=Sid-Knee;18872481]There is only one of them getting knocked out, and it isn't Froch. If none of the fighters Froch fought couldn't come close to doing it, then Pavlik sure as hell wasn't going to do it. Froch wins, he's the…