Paul Butler was nearly shutout in a title fight that could have landed him in the World Boxing Super Series.

The former bantamweight titlist has learned to embrace his role as tournament alternate, registering his third consecutive win after breaking down Salvador Hernandez in six rounds Saturday evening at SSE Hydro in Glasgow, Scotland.

Butler’s quest to become a two-time bantamweight title claimant was upended in lopsided fashion one year ago, dropping a landslide decision to Emmanuel Rodriguez last May in London, England. 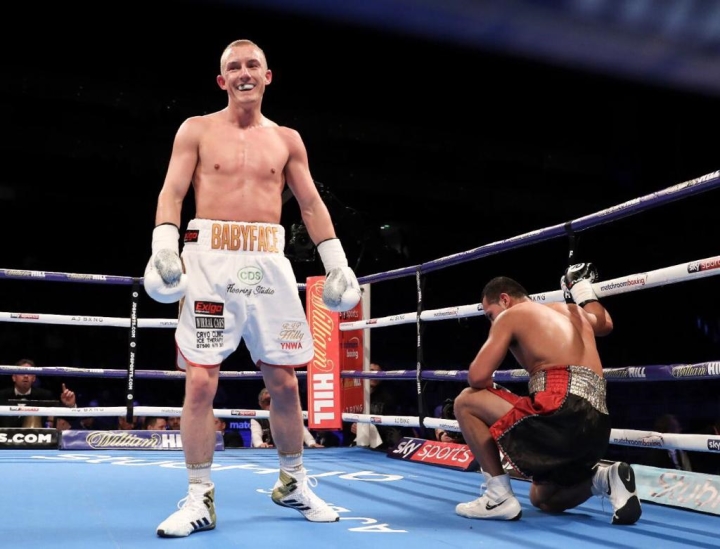 With Rodriguez appearing versus Naoya Inoue in Saturday’s WBSS bantamweight semifinals contest, Butler sought to make a statement as an alternate in waiting. It required his chipping away at Hernandez, a 28-year old stubborn journeyman from Mexico who has won just three of his past 10 starts.

Butler spent most of the night fighting behind a tight guard, shooting crisp jabs and right hands against a willing but overmatched foe. The 30-year old from Cheshire, England dictated the pace throughout the contest, gunning for his first knockout in more than a year but his opponent proving a durable—if overmatched—foe.

Hernandez offered a more aggressive attack in round three although paying the price near the end of the frame as a left hook to the body—preceded by a left hook and right hand upstairs—had him nearly doubled over along the ropes. A knockout seemed evident, only for another attempted body shot by Butler to stray well south of the border.

Butler kept it strictly upstairs in round four, with Hernandez wobbled twice in the frame but somehow remaining upright. The sturdy house would eventually crumble two rounds later, as Butler continued to unload power punches before a left hook to the body put Hernandez down for the count.

The official time was 2:52 of round six.

Butler improves to 29-2 (14KOs), his lone two losses coming in title affairs. He claimed a bantamweight strap in a June 2014 win over Stuart Hall, vacating the strap in moving back down to the super flyweight division in pursuit of becoming a two-division tltlist. It failed miserably as he was halted in eight by then 115-pound titlist Zolani Tete in March 2014.

Nine wins followed until running into Rodriguez last May. Three straight wins have followed as he hopes to garner a look from the winner of the WBSS bantamweight tournament.