The Mexican superstar’s WBO light heavyweight title clash with Sergey Kovalev was delayed significantly, as broadcaster DAZN waited for the conclusion of the highly anticipated UFC bout between Jorge Masvidal and Nate Diaz to conclude. The anticipated ring walk time of 9:20 PM PST came and went, and Canelo snoozed on a couch while wrapped and gloved.

Once he entered the ring, he had a less cozy waiting game to play. Rather than the couch cushions, there were the 10 oz. cushioned left hands of Sergey Kovalev flying at him at an alarming rate, as he attempted to walk the much larger Russian down.

The theory of how Canelo could defeat Kovalev was sound, one shared by both prognosticators and Canelo’s own team alike: Take Kovalev into the later rounds where he’s tired in the past, and eventually you’ll have an opportunity to stop him.

That’s exactly what he did, saving his heaviest pressure and his hardest punches for the 11th round, when he turned Kovalev’s lights out with a left hook, and finished the job with a brutal right hand that nearly sent his opponent’s limp body tumbling through the ropes.

Despite what the lofty betting odds and suggested game plans might have said, once the two men stepped in the ring, the result was anything but inevitable. At the time of the stoppage, two judges had Canelo winning 96-94, and the other saw the fight even at 95-95. Others watching ringside and at home felt Kovalev should have been ahead—some by a bit, some by a lot.

Kovalev employed the strategy of simply looking to prod and jab his way to victory, a theory that looked quite sound at times. It was perhaps the most calculated version of Kovalev that we’ve seen in his career, perhaps the logical result of three full camps with a master technician like Buddy McGirt, who famously managed to turn boxing’s most notorious risk taker, Arturo Gatti, into a slick jabber for at least one night. By keeping the bout at a measured pace and constantly keeping his jab hand extended, he worked to avoid the two things he’s known to be prone to—body shots and fatigue.

The fight itself was indeed a calculated risk for Canelo, who specifically selected Kovalev as his next opponent, and even waited longer than perhaps his promoter and broadcaster wanted him to (sailing past the September 14 weekend, typically reserved for the year’s biggest fights—specifically those involving Mexican fighters) to ensure he got the matchup he wanted. It would be unfair to criticize Canelo for “hand-picking” an opponent in this instance. For one, all fighters have autonomy in terms of whom and when they fight—there is no set league schedule in prizefighting. In addition, every fighter enters a fight because they believe they can win it. The degree of autonomy over matchmaking and the level of risk one is willing to take is what varies, and is often commensurate with one’s level of talent, sure, but also fame and wealth. 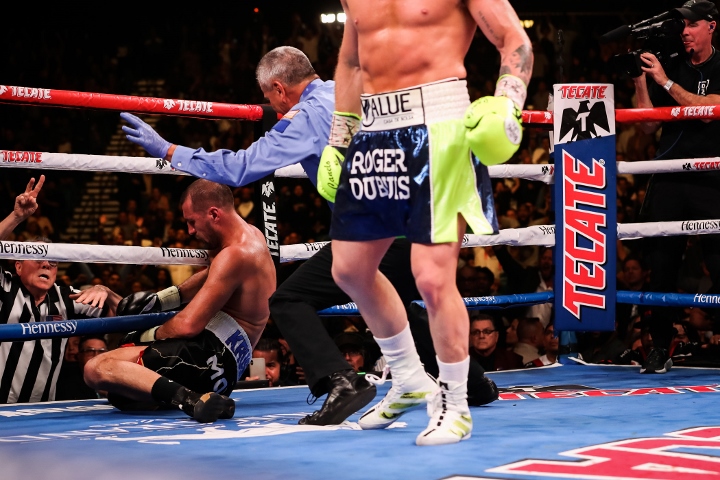 But even if one accepts that Canelo chose what he thought to be the best risk-reward scenario available to him, it was still a challenge few fighters would be willing to take, let alone be able to conquer. Even a faded version of Kovalev was still a Top 3 light heavyweight, and a significantly larger man than Canelo. It’s easy to forget that just three years ago, there were people making arguments for Kovalev being the best fighter on the planet.

After this knockout victory, one can make a very credible argument not that that title could go—but should go—to Canelo. Yes, his claim to holding titles in three weight classes is relatively flimsy, depending on what esteem you hold the WBA super middleweight title he snatched from Rocky Fielding in. But even if that fight never happened, Canelo is still the legitimate middleweight champion who can now call himself a Top 3 light heavyweight as well. The concept of pound for pound rankings is supposed to be somewhat mythical, inducing and theoretically solving arguments like “what if (insert fighter) were the same fighter but 15 pounds heavier?”

Canelo removed the mystery and actually did it. All things considered, it may be the most impressive result of his already storied career. Throughout his tenure he has taken on an incredibly tough roster of opponents. However, in his toughest matchups on paper, he historically has pulled out a decision victory—see: Golovkin, Jacobs, Cotto, Trout. His highlight reel KOs have typically come in bouts he was heavily favored in—see: Khan, Kirkland, Baldomir.

On Saturday, it all came together--Canelo saved perhaps his most devastating finish fort his toughest physical test.

"I don't really care if they think I'm the best pound for pound. I care about making history," said Canelo. "Obviously we want to continue making history, and now I have to figure out what crazy idea Eddy comes up with. But we're ready for anything."