Jean Pascal-Badou Jack was such a close, entertaining fight that they’re headed for a rematch.

BoxingScene.com has learned that Pascal and Jack have agreed to fight again in a light heavyweight championship rematch that probably will take place at some point in May. The Pascal-Jack rematch will headline a card that likely will include another light heavyweight bout between former champion Marcus Browne and Sullivan Barrera.

It hasn’t been determined which network will televise the Pascal-Jack/Browne-Barrera doubleheader. Al Haymon has deals with FOX and Showtime to broadcast his Premier Boxing Champions series. 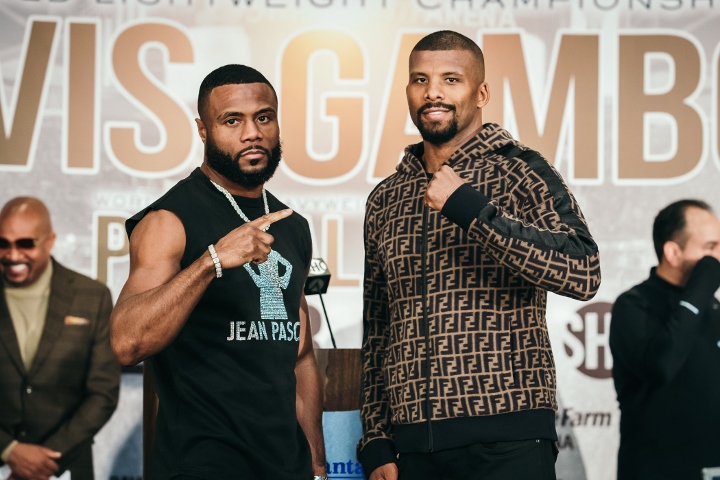 FOX is expected to air a PBC show either May 9 or May 23. Showtime is scheduled to televise boxing the night of May 16.

Quebec’s Pascal survived a 12th-round knockdown and Jack’s rally late in a very competitive fight to retain the WBA world light heavyweight title he won from Browne in his previous fight.

Judges Barry Lindenman and Nelson Vazquez both scored the fight 114-112 for Pascal, who dropped Jack in the fourth round. Judge Julie Lederman scored Jack a 114-112 winner.

The 37-year-old Pascal (35-6-1, 20 KOs, 1 NC) was a big underdog when he rejuvenated his career by beating Browne by technical decision August 3 at Barclays Center in Brooklyn.

Pascal knocked Browne down three times – once in the fourth round and twice in the seventh round – before their scheduled 12-rounder was stopped in the eighth round due to a cut above Browne’s left eye that was caused by an accidental clash of heads. Judges Glenn Feldman, Lederman and Steve Weisfeld all had Pascal in front by the same score, 75-74, when that bout was halted by a New York State Athletic Commission physician.

Pascal still is contractually obligated to give Browne a rematch. If Browne beats Barrera, he could face the Pascal-Jack winner in his following fight.

This could set up another Browne/jack matchup which is totally pointless given how one-sided the first one was. Then again, you never know how the rematch would go seeing as how Browne is one of those bipolar fighters that cant…

I'd much rather see Browne v. Pascal

Not mad at all by this card, I hope they come through. I enjoyed the first Pascal vs Jack fight

Shouldve been Pascal/Browne rematch and Jack/Barrera, imo. Brown beat the dog sh.it out of Jack is my reasoning. But this is will do