Pascal: I Returned To Boxing To Not Leave Any Regrets

Though he entered the fight as an underdog, the thought of a 35-year old Jean Pascal upsetting then-unbeaten light heavyweight prospect Ahmed Elbiali wasn’t all that unreasonable.

The idea of one of the most popular fighters to ever come out of his career ending his career in the parking lot of a Miami racetrack, however, was something many refused to believe.

At the time, it was to be the case for Pascal, who was believed to be in the twilight of his memorable career by that point and—quite frankly—fed up with the politics of the sport.

“What changed, I was tired of being the underdog. I know my worth,” Pascal (35-6-1, 20KOs) admitted of his mindset at the time, during his appearance on Time Out with Ray Flores on the Premier Boxing Champions (PBC) Instagram Live channel. “At the end of that fight, it was clear to stay retired.” 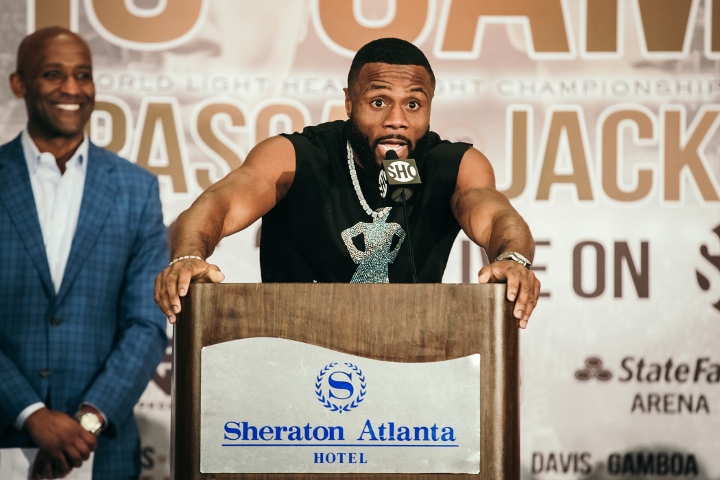 Those plans lasted less than a year, as the former lineal light heavyweight champion decided to make another run. A tune-up win in July 2018 was just enough to shake the cobwebs and allow adviser Greg Leon to secure him one more major title shot, a crack at unbeaten light heavyweight beltholder Dmitry Bivol. Pascal dropped a lopsided 12-round decision in their November 2018 clash, though still believed the comeback served a far greater purpose than to bow out following such a letdown along the Atlantic City Boardwalk.

“[A]t the end of the day, I said ‘You know what, Jean? You still have some gas in the tank.’ At the end of my career, I didn’t want to have no regrets, to ever say if I should have done this or that,” Pascal admitted of his desire to continue pushing forward

Both fights came on shows presented by Premier Boxing Champions (PBC), as did his 7th round knockout win over Elbiali at the end of his first career in December 2017.

“[T]hat is why I returned to boxing. Because I wanted to leave… when I leave the sport, I will have done everything and not leave any regrets in the game.”

[QUOTE=Squ□redCircle34;20582165]Pascal is a future Hall of Famer and one Of Canada’s best ever boxers! He’s an overachiever even with his physical talents, he beat several fighters who were technically better or better boxers all around but his will, grit, unorthodox…

Pascal is a future Hall of Famer and one Of Canada’s best ever boxers! He’s an overachiever even with his physical talents, he beat several fighters who were technically better or better boxers all around but his will, grit, unorthodox…

[QUOTE=MulaKO;20581098][B]You know he would of been the favourite to win the super six[/B] At the time there was squabbling as to why he wasn’t invited I don’t recall what but yeah[/QUOTE] Damn, I was too young to remember that Bute…

[QUOTE=Afi23;20581081]Fair enough![/QUOTE] You know he would of been the favourite to win the super six At the time there was squabbling as to why he wasn’t invited I don’t recall what but yeah

[QUOTE=MulaKO;20580998]Bute was a great fighter and yes more than capable of handling the super six The Froch fiasco had more to do with Bute being overwhelmed imo He got caught up in the hype and then the beating destroyed him…