Pascal: Browne, Jack, Elbiali - Everybody Wants To Have A Rematch With Me

A quick glance at the Hall of Fame-level résumé of Jean Pascal is all the indication you need of his willingness to take on all comers.

That desire hasn’t at all changed even with the 37-year old from Laval, Canada currently sitting the driver’s seat.

The former lineal light heavyweight king and current secondary titlist finds himself in the position of being the hunted rather than having to go on the prowl. A career resurgence will do that, with Pascal claiming turn-back-the-clock style wins over unbeaten Marcus Browne and former two-division champ Badou Jack in his two most recent bouts. 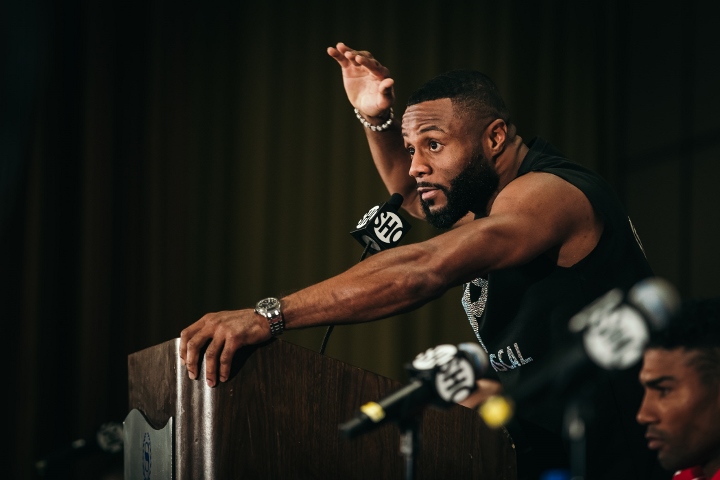 Both wins provided the type of performance he envisioned when returning to the sport in 2018, mere months after insisting a one-sided knockout win over then-unbeaten Ahmed Elbiali was the last call for his incredible career. Naturally, all three would love nothing more than a second crack at their prior conqueror.

“Honestly, I’m very happy and lucky to be in that position,” Pascal (35-6-1, 20KOs) humbly acknowledged during an appearance on Time Out with Ray Flores on the Premier Boxing Champions (PBC) Instagram Live channel. “I worked hard and (now) everybody wants to have a rematch with me.

Pascal reigned as the top dog following a technical decision win over Chad Dawson in August 2010. The win reestablished championship lineage atop the light heavyweight division, although his reign was short-lived as he managed a 12-round draw with Bernard Hopkins in December 2010, his lone successful title defense before dropping a decision and the title in their May 2011 rematch.

Three failed title bids would follow over the next seven years, though not before Pascal established himself as one of the biggest draws to ever come out of Canada. A 7th round knockout of Elbiali in December 2017 was believed to have been the end of his career, a decision that many felt he should have stuck with after dropping a landslide 12-roiund decision to unbeaten Dmitry Bivol in November 2018, two fights into his comeback.

Two wins have followed, both coming on PBC shows and in fights where he was the perennial underdog. Browne was an interim titlist biding his time for a shot at the real thing when he ran into disaster versus Pascal. The Staten Island native suffered three knockdowns en route to dropping a technical decision last August at Brooklyn’s Barclays Center, where he had performed more than has any other boxer and was a perfect 12-0 heading into the night.

Pascal and his longtime adviser Greg Leon parlayed the win into another lucrative payday, and another career resurging feat following a narrow points win over Jack last December in Atlanta. Talks have emerged of a sequel taking place, although all plans remain on hold due to the ongoing coronavirus disease (COVID-19) pandemic.

Whenever the sport as a whole is able to resume, Pascal figures his next fight will come against a familiar face. As for which one, it doesn’t at all matter—nor has it ever at any point in his incredible career.

“I don’t mind. If it’s up to me, I’ll fight whoever the fans pick,” insists Pascal. “Whoever’s the fans pick, you know I will fight them.

“I am a crowd pleaser; I love to please the crowd. Me, I don’t care. I’ll be ready for Badou Jack, Marcus Browne, Elbiali, whoever.”

[QUOTE=Leonbus2;20586957]It's great to see Pascal as a Champion again. Especially since Lemieux is a lost cause.[/QUOTE] Is Lem still with that fine black woman?

I remember his brutal war with Froch was on BBC, Christ they beat the S@@@ out of each other! Nobody could've believed what they would both go on to achieve. Like the man said, Pascal has ducked nobody & fought…