Parker's Trainer: The Plan is To Fight a Minimum of 3 Times in 2020

Joseph Parker arrived in Las Vegas last week to begin his training camp for his late February return to the ring.

The former WBO heavyweight champion was supposed to face Dereck Chisora in October but a spider bite knocked him out of the fight and effectively ended his 2019 campaign. 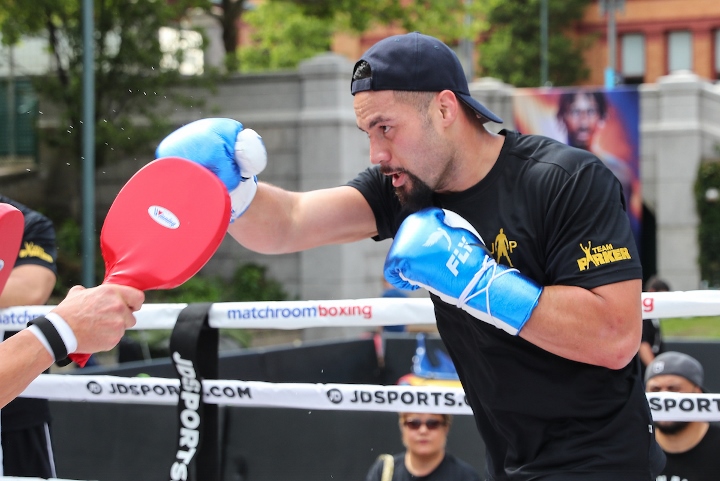 Parker's trainer Kevin Barry said that the plan is to have a busy 2020 to make up for the lack of activity last year.

"Joe is going to be fighting on the 29th of February at the Ford Center just outside of Dallas. We are on the Mikey Garcia-Jessie Vargas undercard. We had an unfortunate year last year, one fight in 2019 knocking out Alex Leapai and then having to pull out of the fight with Dereck Chisora after Joe prepared himself so well and was so focused and determined to go to the UK and put a beating Dereck Chisora. So this year we have to make up for a little lost time and we need to fight a minimum of 3 times this year and we are starting it with the fight at the end of February," Barry told BoxingScene.com.

The 28-year-old Parker has won 2 fights in a row since dropping back-to-back decisions to Anthony Joshua and Dillian Whyte.

Parker, who is promoted by Eddie Hearn's Matchroom Boxing, is ranked in the top 11 in 3 of the 4 major sanctioning bodies and Barry said that the plan is to land another major fight before the end of the year.

"Joe is sitting at the moment at #2 with the WBO. It is a very good position for us to be in. He has done a lot of strength work in New Zealand over the Chistmas/New Year period.  I would say at this particular stage this is the strongest and most muscular I have ever seen him. I think our style is going to become a little bit more physical moving forward to the fights this year," said Barry.

This idiot fights like he's waiting for a bus. Fights he's lost were due to inexplicable passivity. Has talent, but needs to let his hands go. If he can't do that, he should hang them up.

[QUOTE=LA_2_Vegas;20322638]Seemed to be content with losing close - could have possibly lost against Ruiz at home....needs more urgency on the next run. He's good enough to really have a good year but needs to be mean about it[/QUOTE] I agree…

Seemed to be content with losing close - could have possibly lost against Ruiz at home....needs more urgency on the next run. He's good enough to really have a good year but needs to be mean about it

He's not an exciting fighter, but he's good. He could fight Usyk or Ortiz or even have a rematch with Whyte.