Parker Vows To Be Aggressive With Joshua if Rematch Ever Happens

Former WBO heavyweight champion Joseph Parker believes that he failed to let his hands go, when he fought Anthony Joshua in their unification clash in 2018, and that strategic failure caused him to lose.

Parker became the first man to go the full distance with Joshua, who outworked the New Zealand boxer over the twelve round distance. It was the first career defeat for Parker. 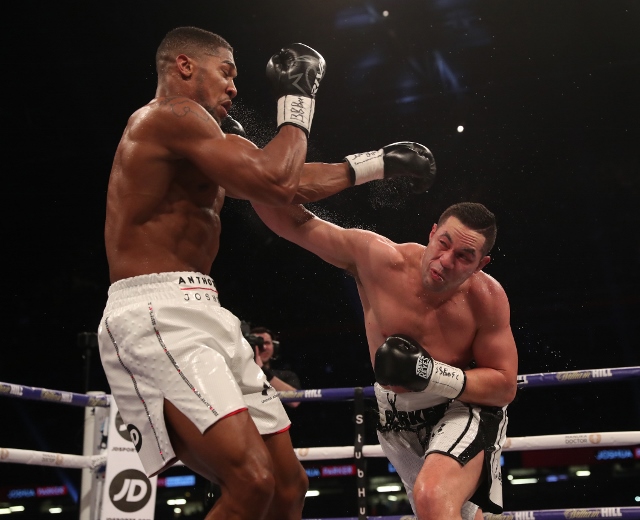 Parker has dreams of working his way to another showdown with Joshua in the future - and the next time around he's promising to throw a lot more punches.

"He boxed better than I thought he would box," Parker told Sky Sports about Joshua. "My goal and my plan was to counter him but unfortunately that didn't work. He was the better man on the day. People say he's not good at boxing but he is a good boxer and a good fighter. Respect to him.

"If the opportunity came I would grab it with both hands. There are a lot of things I would change. I would have more confidence going into the fight because I know how he fights. I would throw more punches, be more aggressive and take it to him."

Parker holds a close points win over Andy Ruiz, who back in June 2019 scored a shocking stoppage of Joshua. Ruiz dropped Joshua four times before the fight was waved off in the seventh round.

Joshua reclaimed the WBO, IBF, IBO, WBA world titles in December, when he switched up his style and outboxed Ruiz for a dominant unanimous decision win in Saudi Arabia.

"For someone to turn it around and get the victory against Ruiz Jr? It showed he is a great athlete, a great fighter, a great champion," Parker said. "He did what he needed to do - he boxed and moved, didn't get caught, and deserved to win."

[QUOTE=Oshio;20496327]Joshua respected Parker too much in that fight... Parker was really hyped and Joshua was scared to go for the KO. If given another chance, Parker won't last past 7.[/QUOTE] If Parker is ever to be knocked out, it won't…

Joshua respected Parker too much in that fight... Parker was really hyped and Joshua was scared to go for the KO. If given another chance, Parker won't last past 7.

Parker was beaten before he got in the ring, he bought into the Joshua hype.

[QUOTE=LDBC Slayer;20494311]Nah He give it the biggun' about being a Maori warrior then got in there and didnt want no parts of it. Where was the Maori warrior. Same with the Whyte fight[/QUOTE] So many shades of wrong, I don't…