Parker: I Know I Could Do Damage in Dillian Whyte Rematch

Parker lost a twelve round decision to Whyte in 2018.

In that fight, Parker started slow and went down as the fight played out - but he dropped Whyte in the twelfth round and came very close to stopping him before the clock ran out. 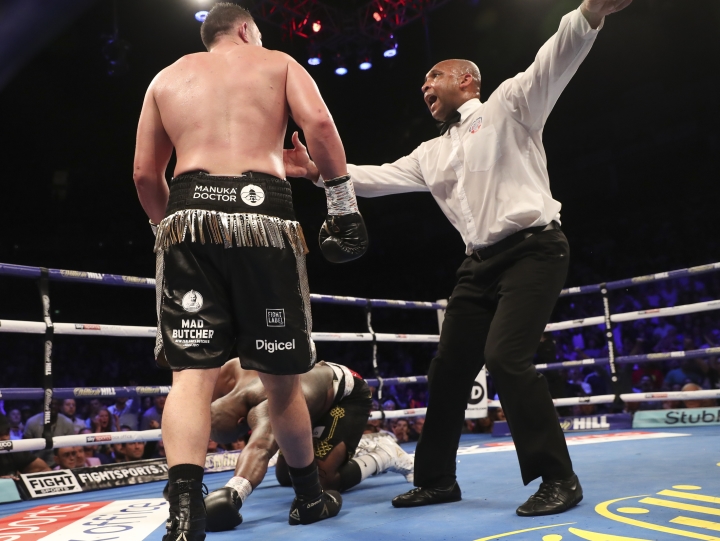 Last month, at Matchroom's Fight Camp in Brentwood, Whyte was knocked out by Alexander Povetkin in the fifth round of their contest.

In the aftermath of that loss, Parker actually called his former foe to check on his physical state after suffering a brutal knockout.

Whyte has an immediate rematch clause - and plans to fight Povetkin for a second time before the year is over.

Parker, who realizes that he made certain mistakes against Whyte, would come out looking to land big shots much earlier in a rematch.

"He [Whyte] knocked [Povetkin] down twice and I thought, 'This fight's over', but that just shows in a fight, one punch can change everything and that's exactly what happened. I was quite surprised, the manner that he lost, and I called him after the fight, and I said: 'Hey, you all good?'. He answered the phone, he said he's going to come back stronger," Parker told Sky Sports.

"We know that he's a driven individual, and he's got the rematch clause. I look forward to seeing the rematch and the outcome of that. I lost to the better man [in the Whyte fight] on the day. I know I can beat him, though, so that's why I've been calling for a rematch ever since, and I would love to share the ring with him again one day, because I know I could do some damage."

[QUOTE=LDBC Slayer;20755262]Exactly, yeah sure he was a bit hard done by against Whyte but **** like that happens when you go into enemy territory, I predicted him to ko Whyte but he fugged it up didn't he. As I've said…

Parker is just waiting on his ass to face WBO champ again, whoever it will be or to face Usyk for vacant title.

Yes, because Dillian has slowly gained a reputation for being chinny. He has dropped been by the likes of Anthony Joshua, Joseph Parker Oscar Rivas and Alexander Povetkin. Moreover, the secret is out that the uppercut is his Achilles Heel.

[QUOTE=LDBC Slayer;20755262]Exactly, yeah sure he was a bit hard done by against Whyte but **** like that happens when you go into enemy territory, I predicted him to ko Whyte but he fugged it up didn't he. As I've said…

[QUOTE=REDEEMER;20755213]Parker can claim anything but his best win is Shawndell Winters in the last 2 years and Parker needs to worry about his own career other fighters aren’t holding up his own career ,the way you force rematches is by…