Parker, Should He Beat Chisora, Wants Rematch With Whyte

MGM Grand, Las Vegas - Joseph Parker has won two fights in a row since suffering a unanimous decision loss to Dillian Whyte in July, 2018 at the O2 Arena.  He will return to the same venue on October 26th when he faces heavyweight contender Dereck Chisora.

The 27-year-old Parker recently returned to Las Vegas where he will hold the bulk of his camp before heading to the United Kingdom. Parker said that camp has been good so far.

"Camp is off to a great start. We have another 5 weeks here then 2 weeks in London and then we will be ready and peaking,"  said Parker. 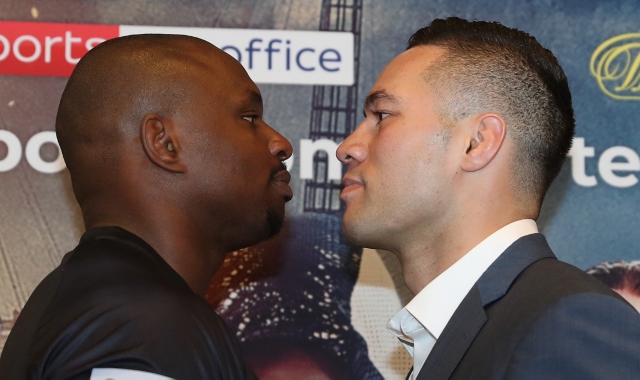 In the fight against Whyte, Parker suffered a head butt in the 2nd round that affected him for a large chunk of the fight.  He hit the canvas in both the 2nd and 9th round before flooring and nearly stopping Whyte in the 12th.  The final tallies of the fight were 113-112, 114-111 and 115-110 in favor of Whyte.

Parker has stated on many occasions that he believes a 2nd fight against Whyte would produce a different outcome.  Now that Parker has signed with Matchroom Boxing, a rematch is much more likely and that is the fight he is targeting should he get past Chisora.

"Listen if I can get past Chisora like I know I can - that would be a perfect fight for me. Hopefully if he does get cleared he will be able to put up his hand and say let's get the rematch. I think it was a close fight and it will be another entertaining fight but first I need to take care of business," Parker told BoxingScene.com.

There is an ongoing investigation of Whyte with UKAD. Prior to his July 26th victory over Oscar Rivas, a test sample came up positive for two metabolites of a banned substances. A ruling is expected in the near future, and if he is cleared Parker would like to face him next.

Beat Delboy then call out Usyk, Pulev, Whyte or whoever the mandos are and clear a path to whoever is champ at the end of it...

[QUOTE=NEETzsche;20062342]Why not? I feel like Parker can reverse that loss with a better gameplan[/QUOTE] I agree . Also think people underestimate how much the headbutt that floored him took out of him. It slowed him right down

Parker is a little pu.ssy, so I think Chisora beats him. Chisora is tough dude, he doesn`t care. Kill or be killed. parker is obviously no killer , but he is not huge like Tyson Fury to handle Chisora.

I feel like Parker is really naive. He thinks Tyson Fury is his friend - bro Tyson just doesn't want to have to fight you. Stays with the same coach that hasn't improved his skills in all the years he's…

It's a bit of a step back for Whyte, who will probably be cleared to fight again with out any issues, and reinstated as Wilders mandatory.