Otha Jones III was tested Friday night against a determined, rugged opponent he only learned he’d fight Thursday at their weigh-in in Mexico City.

The 20-year-old junior lightweight prospect was pushed more than in any of his first five professional fights and settled for a six-round split draw with Kevin Montiel Mendoza on the Juan Francisco Estrada-Carlos Cuadras undercard at TV Azteca Studios. Jones fought off his back foot almost exclusively and mostly defended himself well, but only one judge scored the fight for the highly touted Toledo, Ohio, native. 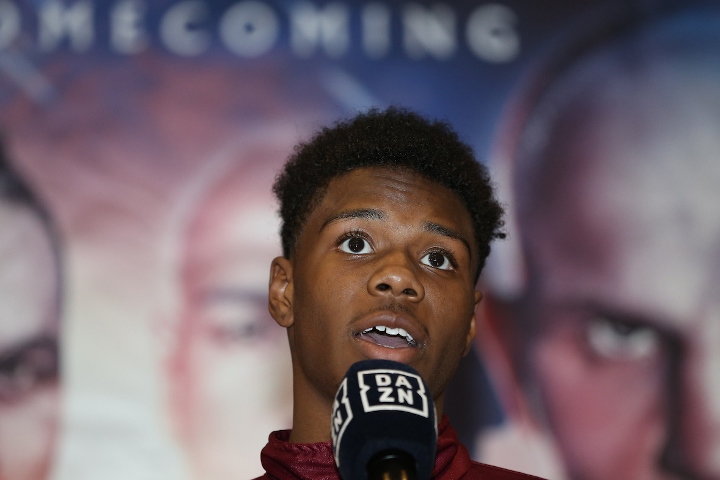 Jones fought out of a southpaw stance for much of the sixth round. Montiel Mendoza landed a left and then a right just before the midway mark of the sixth round, though neither of those shots appeared to affect Jones.

A straight right by Montiel Mendoza moved Jones backward with just under 30 seconds left in the final round.

Montiel Mendoza pressured Jones throughout the fifth round. Jones appeared to tire during that round and didn’t have much on his punches in those three minutes.

Jones was more effective offensively during the third round than in the first two rounds. He also defended himself well again in that three-minute period.

Montiel Mendoza was aggressive in the first round and threw various hard punches, most of which Jones avoided. Toward the end of the opening round, Jones connected with an overhand right and a several seconds later with a left hook.

He wasn't tested, he was defeated. That was not a damn draw. Mendoza clearly won that fight. Jones was slow and missed too many punches. The difference in body punches was huge but those apparently aren't scored anymore in boxing.