Ortiz: I Wasn't Knocked Out By Wilder; Was Completely Fatigued

LOS ANGELES – The lasting image from Deontay Wilder’s 10th-round technical knockout of Luis Ortiz is one of Ortiz, battered and beaten, on his gloves and knees.

Referee David Fields kneeled beside Ortiz as soon as he suffered that second knockdown in the 10th round. Fields sensed Ortiz had endured more than enough punishment, thus he immediately waved an end to their scheduled 12-round fight for Wilder’s WBC heavyweight title in March 2018 at Barclays Center in Brooklyn.

Wilder dropped Ortiz three times altogether, once in the fifth round and twice during that telling 10th round. The Alabama-based knockout artist also survived serious trouble of his own late in the seventh round to come back to score an emphatic win. 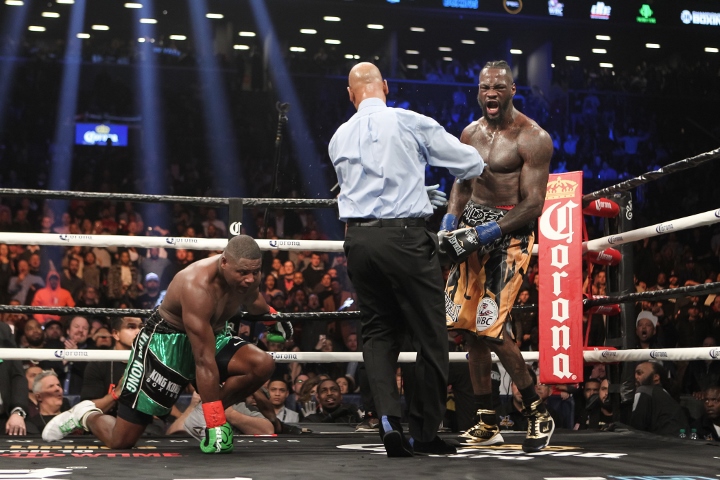 As they prepare to fight again 20 months later, Ortiz still doesn’t consider his lone loss a legitimate knockout victory for Wilder. The Cuban southpaw doesn’t deny Wilder’s well-documented power, but he feels Fields should’ve given him more time to continue.

Ortiz went down for the final time with 56 seconds to go in the 10th round.

“I don’t like to lose, especially in that fashion,” Ortiz said, according to a translator, while talking to a small group of reporters recently. “And to make it very clear, I wasn’t knocked out. I was completely fatigued and [dead] tired. That’s what it was, more than anything else. I would’ve preferred to get knocked out.”

That third knockdown was the result of Wilder’s vicious right uppercut. A left hook by Wilder previously sent Ortiz to his gloves and knees with 1:26 to go in the 10th round.

A straight right hand by Wilder rocked Ortiz late in the fifth round. Wilder followed with another right hand a few seconds later that dropped Ortiz into the bottom rope, which counted as the first knockdown of their bout because the rope kept Ortiz from falling all the way to the canvas.

While he doesn’t agree with what seemed like a sensible stoppage by Fields, the 40-year-old Ortiz acknowledged Wilder’s power.

“Don’t make any mistake about it, and don’t mince my words,” Ortiz said. “Wilder is a puncher and has proven so. He’s champion for a reason for as long as he’s been. Regardless of what anyone would say about his style or his experience, that’s that. Second, he’s well prepared and I’m gonna be well prepared. … But I’m also a heavyweight that’s not easy to knock out. So, you can’t discredit Wilder’s punching power. But I’m not easy to knock out. I will be ready. It will be a fight. And hold on to your seats.”

[QUOTE=texasboi15;20200137][B][SIZE="6"]BWaHaahaHA!!![/SIZE][/B][/QUOTE] 15 Years ago, a humongous, dirt ugly tobacco who're (all night for a Marlborough light) accidentally fell backwards whilst taking a p'ee on the corpse of a deaf weasel. She landed on a potato covered in all sorts of…