Orlando Salido Still Confident He Did Enough To Unseat Vargas

The people’s champ Orlando “Siri” Salido was in Mexico City this week to tape a special program with TV Azteca about his most recent fight with Francisco “Bandido” Vargas that will be shown this Saturday night on Mexican National Television.

“I was very happy to be part of this show with all the TV Azteca announcers—Carlos Aguilar, Rodolfo Vargas and Eduardo Lamazon as well as two of Mexico’s greats, Erik “El Terrible” Morales and his nemesis Marco Antonio Barrera,” said Salido.

The panel will relive the controversial draw that Salido was awarded on June 4 at the StubHub Center in Carson, California against Vargas in a bout for the World Boxing Council (WBC) super featherweight belt in what up to now is considered to be the fight of the year. 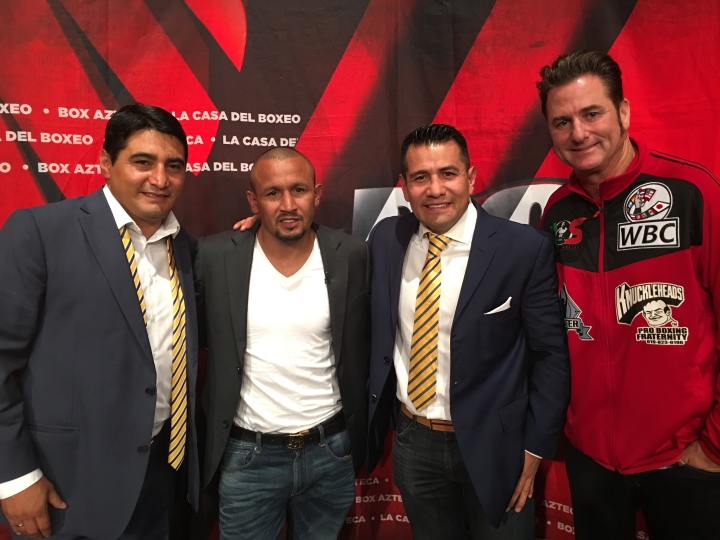 “It was a great fight and close fight, but I felt I won the fight by a small margin. Once again I was denied a victory that many, not just me, felt I earned over a very exciting twelve rounds of non-stop action. I am happy we gave the fans a great fight, but disappointed I did not get the win,” said Salido, a three-time world champion in two different divisions.

Salido has had two-draws in his last two fights but both should have been victories.

“I felt that in the fight against Rocky Martinez, Salido was the clear winner, and against Vargas it was much closer but also a fight he won. The last four fights for Salido have been fight of the year worthy and there are not too many fighters that can say that over their entire career,” said Salido’s advisor Sean Gibbons.

All the action and all the commentary by the TV Azteca panel and by Salido will be part of a great show that will have everyone reliving the thrilling Salido-Vargas fight.

Salido won both fights, but the Martinez fight was a bigger robbery.

Morales and Maidana must be eating at the same buffet