Orlando Salido: Retirement is Over, I'm Coming Back in 2018!

Already in the tranquility of his home in Phoenix, Arizona - the four time world champion in two different weight categories, Orlando "Siri" Salido, has decided not to retire and vows continue in boxing in 2018.

Salido, 37 years old, announced his retirement on Saturday night after suffering a knockout loss in an epic war with Miguel Roman at the Mandalay Bay in Las Vegas.

"Saturday night I let my feelings and frustrations make me say things I did not think about. It was a tough and difficult fight in which I could not do the things that I needed to do in the ring, which I attributed to my age and the many wars I've had in my career," said Salido. 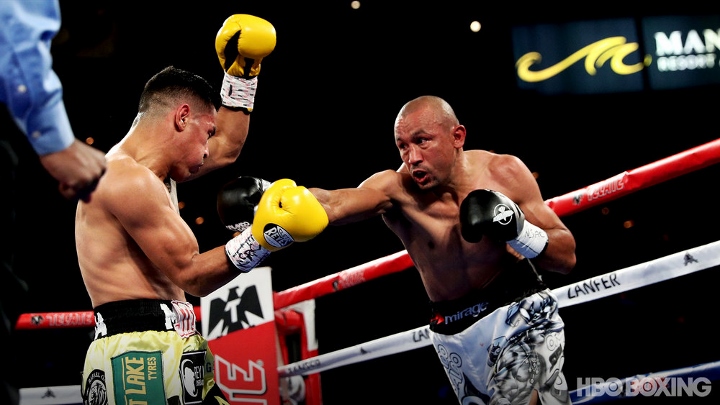 "But when I returned home and after thoroughly examining my preparation and the fight, I realized that the weight was also part of the problem last Saturday. I arrived at the camp weighing a lot, the highest of my career and losing weight became the focus of training and preparing me for the fight was secondary."

"I feel like I left the fight on the scale. It is not an excuse but having one fight in 18 months did not help me to stay in condition for what was an extremely strong preparation but in which the weight became the obstacle to overcome. While I was happy with the fight that I offered to the public on Saturday I know that I can still make things better and that's why I'm going to keep my options open in 2018 and if something good comes out at 130 or 135 pounds I would seriously think about going back to fight."

The 37-year-old Mexican fighter culminated -  "Sometimes at the end of a fight and in the heat of the moment things are said, but when you take the time to reflect you realize that should not have said them. I want to return to the ring and give my fans more shows and I think I still have something good to offer boxing."

Maybe Arum made a call to get Salido caked up enough to rematch Loma and avenge that ugly, flukey L.

Arum called Salido's wife & told her to kick uberman's ass back in the ring for a couple hundred g's in a rematch with Vasyl.

[QUOTE=DuckAdonis;18334628]Nah it wouldnt be lame... would love to see the Lomachenko haters get shut up and see Vasyl revenge his only loss so he beat every man he ever stepped in the ring with, Amateur or Pro.[/QUOTE] Salido got stopped…

[QUOTE=Mammoth;18334430]I think so, too. That's pretty lame if he fights Loma and Berchelt fights Roman. Loma should be looking at Berchelt or Linares right now.[/QUOTE] Nah it wouldnt be lame... would love to see the Lomachenko haters get shut up…

[QUOTE=DuckAdonis;18334101]That Top Rank money came to his doorstep[/QUOTE] I think so, too. That's pretty lame if he fights Loma and Berchelt fights Roman. Loma should be looking at Berchelt or Linares right now.