Omar Rosario officially has his marching orders for his anticipated pro debut.

The former amateur standout from Caguas, Puerto Rico has been added to the August 21 edition of Boxeo Telemundo, which will air live from a crowdless Osceola Heritage Park in Kissimmee, Florida. An opponent has yet to be named for Rosario, who will compete as a junior welterweight in the pro ranks.

The assignment comes less than three months after his decision to give up his dream of representing Puerto Rico in the 2020 Tokyo Olympics, where he was considered a favorite to bring home the first medal to the island since Daniel Santos claimed bronze in Atlanta 1996. The delay of the XXXII Olympiad to 2021 expedited Rosario’s decision to turn pro, now doing so in a region where he figures to one day perform in front of a throng of adoring fans given the massive Boricua population in the greater Orlando area.

“We’re very excited to have him on the show,” Felix ‘Tutico’ Zabala, president of All-Star Boxing, Inc.—the primary content provider for Telemundo—told BoxingScene.com. “We wish it could come with fans in attendance, but for now we are honored to be able to provide a platform where he can make his pro debut.” 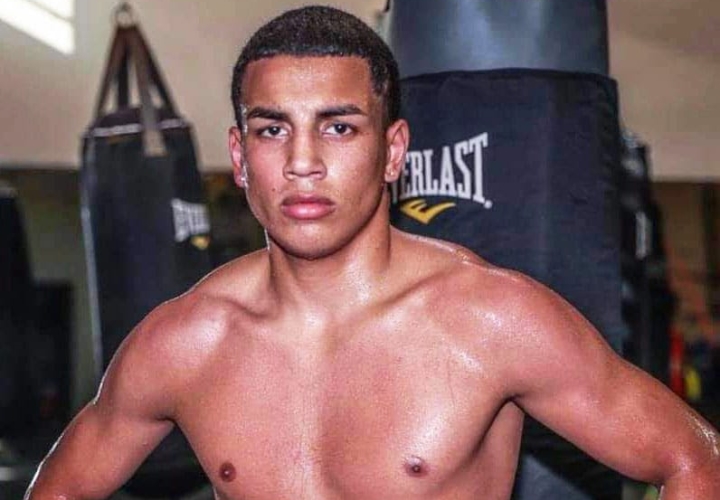 Rosario aims to follow in the footsteps of his childhood idol, former four-division champion Miguel Cotto who hails from his Caguas hometown. Cotto’s father, Miguel Cotto Sr. served as the first trainer for Rosario who went on to capture six national titles including the 152-pound national championship at the 2020 Olympic Trials. The latter feat earned his place on the 2020 Puerto Rico Olympic boxing team.

The year-long delay, however, put an end to his desire to pursue the highest honor that the amateur game has to offer.

“Although I am disappointed that I won’t be able to compete for Puerto Rico in the Olympics this year, I feel that I am better able to represent my country in the pros.” Rosario previously told BoxingScene.com. “Puerto Rico is looking for their next [pro] superstar and I am that guy.”

The journey to the pros also led Rosario to sign with Split T-Management’s Tim VanNewhouse, who generated a considerable haul from the Olympic Trials.

Rosario is the fifth young Boricua of note to be added to the Boxeo Telemundo summer season. Joining him in the pro ranks is Puerto Rico national team member Bryan Polaco, who makes his pro debut this Friday in the summer season premiere.

As previously reported by BoxingScene.com, a trio of Top Rank prospects—Henry Lebron, Orlando Gonzalez and Xander Zayas—will appear in succession on the series, all taking place at Osceola Heritage Park.

Lebron (12-0, 9KOs) and Rosario are both part of the August 21 card.  Gonzalez (15-0, 10KOs)—Lebron’s cousin, both of whom hail from Aguadilla, P.R.—will face an opponent to be named on the August 28 show. Zayas (4-0, 3KOs) fights for the first time in his adopted home state, as the Plantation, Florida-based welterweight originally from San Juan will appear on the September 4 summer season finale, with his fight taking place mere hours prior to his 18th birthday.

The pro debut for Rosario will come as he continues to pursue higher education as is currently enrolled at Universidad Ana G. Méndez. Rosario is working towards his Bachelor’s Degree in Marketing and Finance.

Maybe he can be what Verdejo isn't, an actual star out of PR.