Omar Juarez: Time To Go In The Ring And Have Fun Doing What I Do Best

Five months had passed between Omar Juarez’s pro debut and his second career fight. There was a time when it was the longest inactive stretch in his young career until the sport all but shut down during the ongoing coronavirus pandemic.

For all that has changed in the world since mid-March, entering the ring for the first time in more than six months is the only weird feeling heading into this weekend.

“I admit, I’m not really used to this,” Juarez (7-0, 4KOs) jokingly confessed to BoxingScene.com. “My last fight was in February and it just felt weird to not have another fight for six months. But you know what, this is a blessing. There are a lot of guys who haven’t fought at all this year.

“I can’t complain. I have another opportunity to shine, so I have to go in there and get the job done.” 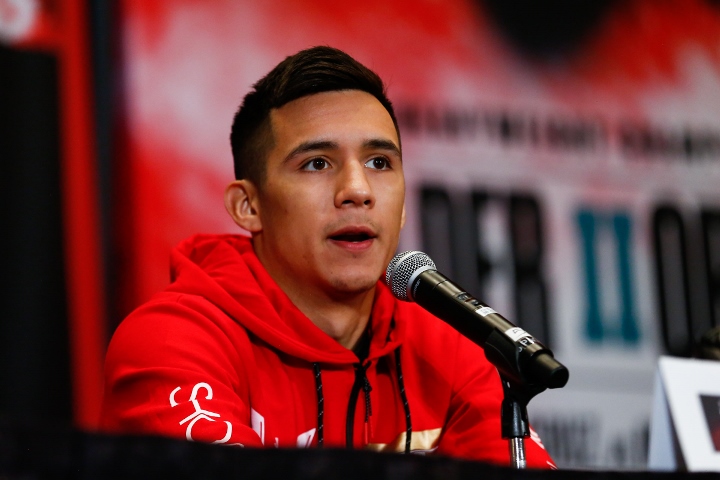 Juarez faces Willie Shaw (12-1, 8KOs) of Vallejo, California in a scheduled eight-round junior welterweight bout. Their bout will be the opener of a Fox-televised tripleheader, airing live this Saturday from Microsoft Theater in Los Angeles, California.

The event is the first edition of Premier Boxing Champions (PBC) on Fox since the pandemic, having not run live in primetime since March 7. The telecast will also include two interim title fights, including a welterweight heat between Minneapolis’ Jamal James (26-1, 12KOs) and Puerto Rico’s Thomas Dulorme (25-3-1, 16KOs) in the evening’s main event.

Juarez’s bout doesn’t come with any trinkets at stake, just the latest step in the developing career of the 21-year old prospect from Brownsville, Texas.  What it does represent is his first chance to perform in primetime.

The bulk of his pro run has taken place on undercards which have aired live on FS1, with Saturday’s fight marking his first on Fox prime. There has been plenty of time to prepare, even while taking advantage of the downtime to strengthen his personal foundation.

“Not a lot changed in my life during the pandemic; boxing is my life so I continued to find ways to stay in shape,” notes Juarez. “However, I did get to spend time with my family and learned a lot about how powerful we are. Me and my siblings are all very active and my mom works. I’m glad we had this chance to spend time together and grow closer.

“So now, we’re back to work. This is my first time fighting on Fox. That just motivates me even more. I couldn’t let that gap (between fights) be an excuse for not being ready. I’ve trained, staying ready for an opportunity like this. We got the call about five, six weeks out and just kept pushing harder. We waited a long time to get back in the ring. Now it’s time to go in the ring and just have fun doing what I do best.”