American Omar Douglas aims to rip up Lee Selby’s big ring return and his designs of becoming Wales’ first ever recognised two-time and two-weight world champion when they clash on Saturday 23rd February at The O2, promoted by Premier Boxing Champions (PBC) and Poxon Sports.

Douglas and Selby clash as one of the supporting bout to the main attraction between arch rivals James DeGale and Chris Eubank Jr. in their blockbuster battle, that also features the heavyweight collision between Commonwealth Champion Joe Joyce and challenger and Former World Champion Bermane Stiverne and the British Light-Heavyweight Title Eliminator between Andre Sterling and Ricky Summers, exclusively live on ITV Box Office.

Selby, the Former IBF World Featherweight Champion, makes his debut in the lightweight division as he starts his campaign to win a second World title in a higher weight class before the end of 2019 and carve his name into Wales’ rich boxing history records. 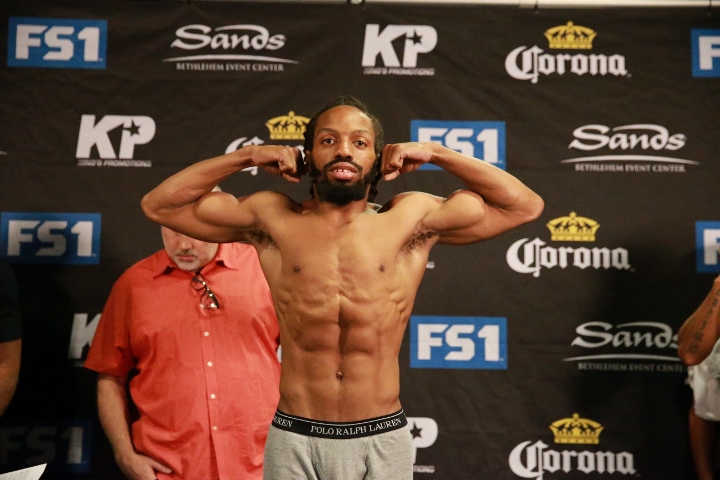 The stakes are high with the sparkle and riches of potential mega-fights against the likes of top pound-for-pounders Vasyl Lomachenko and Mikey Garcia in Selby’s sights and a slip up against Douglas could have devastating consequences.

Dangerman Douglas, from Wilmington, Delaware, has made it clear that he is not coming to London to make up the numbers and has his own plan of getting a World title shot by claiming Selby’s high-profile scalp.

The big-hitting 27-year-old, known as ‘Super O’, poses a massive threat to the Barry boy and brings a top record of 19 wins from 21 fights - 13 of those wins have come by stoppage and 12 have been inside three rounds - and is a former NABA Super-Featherweight Champion.

Douglas said, “This is a huge life changing opportunity for me and I’d be a fool not to take what is put in front of me on a plate,”

“I’m not the B-side or coming into the fight to make up the numbers, I’m coming to London with my own agenda. I’ve got my own plans and ambitions of becoming a World Champion and I’m not changing that for nobody,”

“I love the challenge, I rise to it.  Fighting away from home, in another country, in front of Selby’s fans, this is what I dream of, upsetting the odds and winning,”

“Selby hasn’t fought anyone like me before, sure, he’s a decent boxer and he’s resilient but I bring more to the table. He’s a former World Champ and I respect that, but I will coming out of that ring the winner,”

“I know that beating him will open big doors for me.  I know that Selby’s got his plans and what he wants to do, but I want to be fighting for a World title this year and any Champions at 130 or 135 pounds I’m after them.”