He’s allowed himself to imagine the moment.

Though he’s still a top-three international finish away from securing a berth at the Summer Olympics in Tokyo, the 23-year-old concedes that thoughts of medal-kissing glory do creep in from time to time.

Whether he wants them to or not.

“Every now and then,” he said. “It’s like a constant reoccurring dream.

“To be standing on the podium and the fans are going crazy. The energy and the atmosphere will be everything when you put it with all the emotions that you feel once you’re crowned.

“It’s reoccurring. Probably way too much, more than it probably should.” 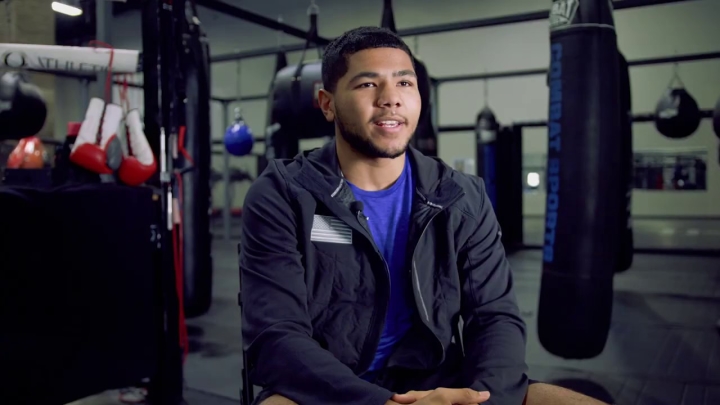 Particularly in the global circumstance in which Fulghum now finds himself.

He won the heavyweight championship at the U.S. Olympic Trials in December, but the Texan’s visions of summertime revelry have been placed on indefinite hold thanks to the COVID-19 pandemic, which has already moved the 2020 Games to 2021 and is still wreaking havoc on sports of all shapes and sizes – both amateur and professional – daily.

The continental Americas tournament at which Fulghum could have cemented a Tokyo trip was scrapped not long before the U.S. team was set to fly to Argentina this spring, and the subsequent wave of domestic lockdowns left him briefly quarantined in Colorado before heading back to Texas.

He’s been laying low and staying healthy in the meantime, working on fundamentals and keeping in shape with a tentative plan to head back to the U.S. national facility in Colorado Springs in June.

Fulghum said athletes have been told the earliest they’ll return to actual competition is this October, with the reconfigured trip to Buenos Aires now penciled in for February 2021. A top-three finish there automatically puts him on the team bound for Japan the following July. If not, a last-chance global qualifying event previously slated two weeks after the Argentina event has not been officially recast.

Not exactly the summertime adventure he’d been hoping for.

And as fantastical as podium visions have been, the events have prompted Fulghum to another F word.

“Definitely, that’s the word. That would be it. When I say that things had lined up perfectly, my whole plan and everything was going exactly how I envisioned it.”

And, to be clear, it wasn’t just your garden-variety plan.

Fulghum graduated from Prairie View A&M University with a nursing degree – yes, nursing – in May 2019, which finally cleared his schedule for the type of pre-Trials commitment that he’d been unable to always make while dealing with an onerous academic regimen.

“I didn’t have the luxury of having my schedules changed around to fit the sport that I was doing,” he said. “We had clinical hours that I could not miss. Attendance was mandatory. I missed out on a lot of opportunities, tournaments, and training and competitions that would have been valuable to me. I could have been on this team maybe way earlier than this.

“But I’d been talking about going to the Olympics. That was the plan. I said that’s what I was going to do. As soon as I graduated, I put everything I could, all my efforts, into training. I got ready. I won the trials. Now I’m on the U.S. team. Everything is lining up. Now all I’ve got to do is go to the continentals to qualify and bam, right before getting to my ultimate goal this all happens.”

Not surprisingly, the fact that he’s a nurse and a fighter has generated some weird looks, too.

A college degree of any sort isn’t a norm for boxers at any level – but stepping into a high-end ring while possessing academic street cred in a medical field is about as routine as a bilingual kangaroo.

Toward that end, Fulghum said he’s hoping to change the perception that boxing is merely a haven for those with no other viable options.

“It’s a good thing. I am more than an athlete. I planned out my future and getting that degree secures it,” he said. “It’s my safety net. Whatever happens, I’m good. But I’m all chips in in boxing.

“And that’s the beautiful thing about it. The big stereotype a lot of people have is that boxers came from the streets. They came from nothing. This is their only resort. I’m hoping I can be a good inspiration and role model to other people, other athletes, not just boxers, but other athletes in general to be a dual threat. There’s a lot more you can bring to the table.”

And the medical professionals often among the sport’s biggest critics, he hears them, too.

“When it comes to what we love and what is our passion we’re going to take every precaution to be safe. This is what we love doing. This is what I love doing. I know the risk. That’s what I train for. I train to minimize the risk as much as possible. To make sure that I’m always prepared every time that I step in the ring because I know I could be risking my life. I hear it all the time. I do. But I know the risks.”

He knows the rewards as well.

In fact, Fulghum said he and his teammates are quite aware that it’s been 16 years – and will be 17 by the time competition begins in Tokyo – since a U.S. male fighter captured an Olympic gold medal.

That was Andre Ward in Athens. And though Deontay Wilder (bronze, 2008), Shakur Stevenson (silver, 2016) and Nico Hernandez (bronze, 2016) have since earned places on the podium, the current fighters are also aware that the level of hero worship reserved for champions at the Games is quite different.

“In any Olympic sport, if there’s a certain country that dominates in that sport, no matter who it is that person is going to be looked at and watched out for. We had that reputation in boxing, but we’ve kind of lost it. We’re in a time when we’re coming back up and 2021 is going to be our year.”

And after that, don’t be surprised if Fulghum isn’t quite ready for the ER and the ICU right away.

After all, the plan – even with its 2020 revisions – still calls for him to try another job first.

“I want to create a legacy. I want to go down in history,” Fulghum said.

“I do plan on going pro. A lot of variables can go on affecting that, but I want to be a world champion. I plan on dominating my way up and winning a world title.”

I wish Darius Fulghum the best and hope he achieve his dreams. Fighter and nurse is not weird in all shapes and planes. :boxing: