Oleksandr Gvozdyk is set for his first title defense—even if his handlers aren’t prepared to reveal the full details.

The unbeaten 31-year old from Ukraine will enjoy a relatively quick ring return, as the first defense of his World light heavyweight championship will take place March 30 in Philadelphia. The opponent and exact venue are still being finalized for the occasion, which will headline a Top Rank show to be presented on an ESPN platform.

Representatives at Top Rank declined comment to BoxingScene.com, other than acknowledging a previous report on this site indicating an early springtime return for their recently crowned light heavyweight king. 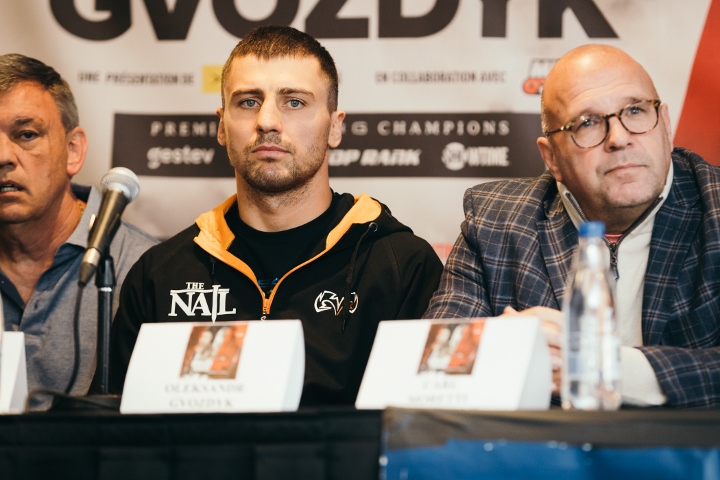 Gvozdyk (16-0, 13KOs) won the lineal light heavyweight crown—along with the World Boxing Council (WBC) title—in an 11th round knockout of long-reigning champ Adonis Stevenson. The bout remains best remembered for its horrific aftermath, with Stevenson being rushed to the hospital and placed in a medically induced coma in order to have emergency brain surgery performed.

The former champ has since awakened from his coma and continues to make progress with each day.

Meanwhile, Gvozdyk—who captured a Bronze medal for Ukraine in the 2012 London Olympics—will do his best to move on from the tragedy and look to in-ring business lying ahead.

Waiting in the wings is Marcus Browne, who scored a landslide points win over a bludgeoned Badou Jack in their 12-round title eliminator earlier this month in Las Vegas. The unbeaten light heavyweight from Staten Island, New York was named the mandatory challenger to Gvozdyk’s title.

At the time of the eliminator, Gvozdyk’s team—which includes manager Egis Klimas—filed for and was granted a one-time exemption with the WBC to take on a voluntary title defense prior to honoring the mandatory obligations.

Under normal circumstances, the winner of a title eliminator will not be permitted to take an interim bout once a sanctioning body orders a mandatory title fight.

Given that Gvozdyk’s voluntary defense is already tentatively scheduled, Browne (23-0, 16KOs) can pursue a stay-busy bout. However, it would have to be requested in advance with and approved by the WBC and also take place within a specified time frame as to not delay plans for the eventually ordered championship fight itself.

[QUOTE=DaBeastO;19495323]beterbiev is already signed to fight barrera. So STFU! Plus this is going to be a voluntary defense so it will be against an easier opponent. After gvozdyk did the boxing world a favor by putting chickenson in a coma…

Same day as UFC and both in Philly

[QUOTE=My Low Place;19470754]beterbieve is free and on Top rank now...fight should me made right now...THERE IS NO EXCUSE THAT I'LL ACCEPT[/QUOTE] beterbiev is already signed to fight barrera. So STFU! Plus this is going to be a voluntary defense so…