Tyson Fury is going to receive an Olympic boost in camp, as cruiserweight Lawrence Okolie will fly out to United States to lend some sparring help.

Fury will challenge WBC heavyweight champion Deontay Wilder on December 1, in the main event of a Showtime Pay-Per-View card from Staples Center in Los Angeles, California.

Wilder (40-0, 39 KOs), who knocked out every opponent that he ever faced, is a huge favorite to win the contest. 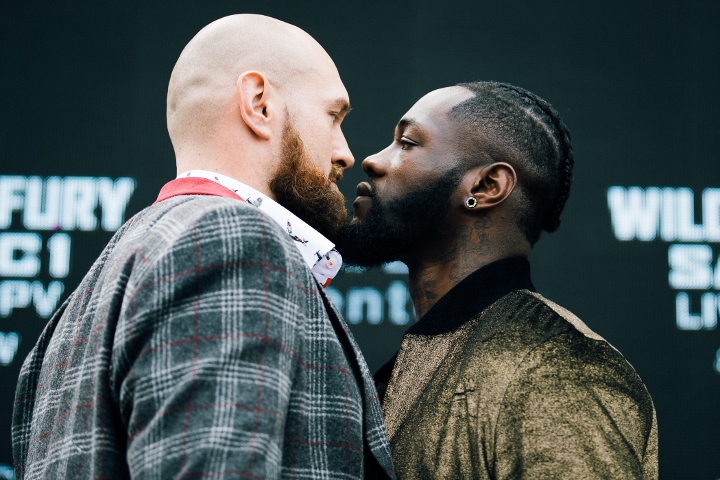 Okolie expects to spend a few weeks with Fury, who is currently training hard in Big Bear, California.

"I think it's getting confirmed today or before the end of the week," Okolie told Sky Sports. "I'll probably go out next week, help out for a few weeks.

"It's just going to be interesting to be in there with someone so much bigger than myself. He's got a long reach, good boxing IQ, so it's going to be a great opportunity to learn some stuff, and just work."

Okolie, after only 10 pro fights, has already captured the British and Commonwealth titles.

At some point in the future, he eventually wants to make a move to the heavyweight ranks.

"It's an ambition of mine to move up to heavyweight, but I still feel like I have a lot of fundamentals that need to be ironed out at cruiserweight," he said.

a swingball set would make a good sparring partner for this fight, except perhaps with a tennis ball made of lead

Go and get Efe Ajagba as spar partner. He has the Wilder built and style. Ajagba may help

No sparring partner can prepare u for what you will face on dec, 1 Mr. FURY! I'm looking forward to watching Fury shyte on himself when the first right lands clean.. lmao. Seriously Fury.. if u want to prepare for…

[QUOTE=Andre_parker1;19227230]if wilder had lomachenko's style then maybe there something to be jealous about but dude throws haymakers that takes him off his Bambi feet(no hating),but it works so kudos to him but because it works doesn't stop it from being…