When Nunez insinuated during a conference call that he could knock out the unbeaten WBA “super” 130-pound champion, Davis laughed off his challenger’s statements.

“Man, I ain’t gonna lie,” Davis said, “I gotta go hurry up and get off this interview because I’ve gotta go running. He said it ain’t going the distance. I’m scared, man. So, I’ve gotta hurry up and get this work in. It’s going down. For real. I’m a little embarrassed now.” 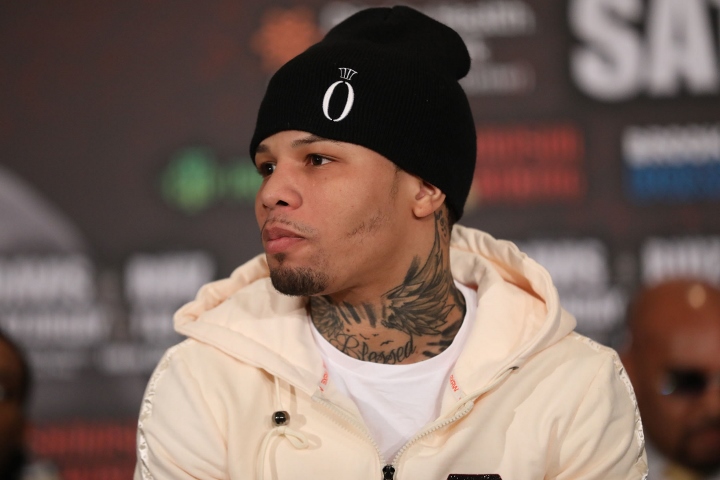 Panama’s Nunez (21-2, 19 KOs) promised Baltimore’s Davis (21-0, 20 KOs) that his hometown fight July 27 will be no laughing matter once they enter the ring. Davis’ hard-hitting mandatory challenger assured him that he isn’t the least bit intimidated by the champion’s unblemished record or Davis’ vaunted power.

“It’s gonna be a great fight,” Nunez said, according to his translator. “It’s gonna be a great, great show that we’re gonna have. If you look at our records, it’s two rivals that the percentage of knockouts are high. I think he has one more knockout than me during his career. So that’s why this fight is gonna be action-packed, because we both are knockout artists.”

Three of Davis’ world title fights have ended inside of three rounds and all five have resulted in knockout or technical-knockout wins. Overall, Davis has knocked out 95 percent of his pro opponents.

Nunez has won 83 percent of his professional fights by knockout since he made his debut in October 2010.

“I definitely don’t think this is gonna go the full [12] rounds because, as I said before, the high percentage of knockouts,” Nunez said. “So, somebody’s definitely going down.”

Showtime will air a pair of 10-round lightweight bouts before Davis-Nunez.

[QUOTE=Zaroku;19904041]I know why, because you are a stallion, looking to bury man meat in pddsey Respect... Private joke... wire your chit tight .... or I will do it for you. As you were son. Never make excuses for being a…

[QUOTE=daggum;19904026]nunez cherrypicking a weight drained davis.[/QUOTE] :lol1: That one for you! You never know after we all saw Andy Ruiz.