The boxing industry remains outraged over the verdict and the ridiculous amount of time it took to reach that conclusion in Saturday’s secondary 115-pound title fight between Franco and Moloney. The ESPN-televised chief support—which aired live from The Bubble at MGM Grand in Las Vegas ended after immediately after the bell to start round three, with San Antonio’s Franco (17-1-2, 8KOs) ruled unfit to continue due to a swollen-shut right eye which impaired his vision. (Images provided by Nevada State Athletic Commission)

Australia’s Moloney (21-1, 14KOs) celebrated as if he had just won by injury stoppage, which would have meant avenging his lone career loss which came at the hands of Franco in this very venue less than five months ago. Instead, he was distraught to learn that—because referee Russell Mora deemed the injury as having been caused by a headbutt—the fight was instead ruled a No-Decision.

As far as the Nevada State Athletic Commission (NSAC) is concerned, that should have been good enough.

“As you know in the Unifies Championship Rules the Referee is the sole arbiter,” Bob Bennett, executive director of NSAC explained to BoxingScene.com in response to an email inquiry. “Equally important is the section for accidental fouls as follows:  If an accidental foul causes an injury severe enough for the referee to stop the bout immediately, the bout will result in a NO DECISION if stopped before four (4) completed rounds.” 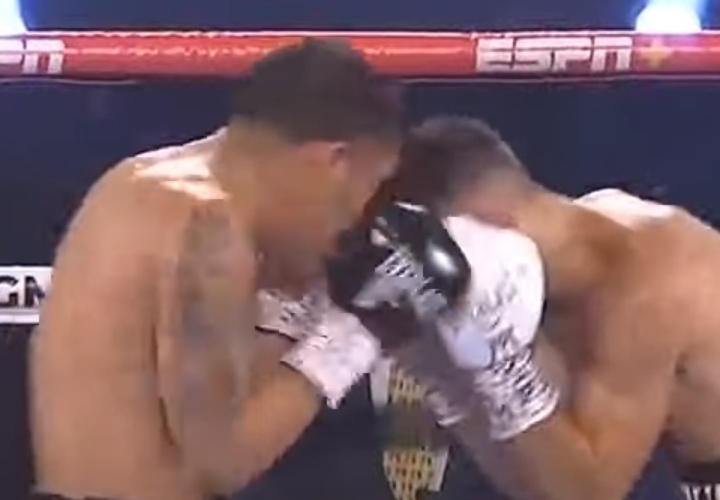 Despite the official ruling made in the ring, an announcement was held as it was believed the matter would be subject to review. The NSAC has utilized instant replay ever since boxing returned from the pandemic, actively used throughout promoter Top Rank’s series in The Bubble and proven effective on several occasions.

Saturday night wasn’t one of those instances, at least not in the eyes of home viewers as well as those on-site, particularly Hall of Fame promoter and Top Rank founder Bob Arum. From the time the fight was called until an official announcement was provided, a running clock showed 26:40 worth of review time conducted by Bennett and veteran ring official Robert Byrd, the latter whom has manned the replay booth since the pandemic. 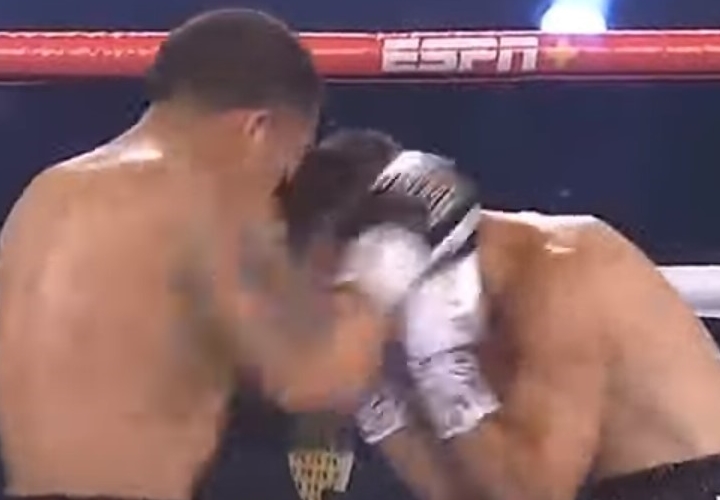 Adding to the frustration was the belief among most observers that the swelling was caused by a punch—and extended thumb—by Moloney, and not a clash of heads as ruled by Mora and since argued by the commission.

The length of time has since come under dispute, as masterfully detailed in a post-fight story filed by The Athletic’s Lance Pugmire. Still, Bennett and the commission saw fit to not only review the sequence at length but also revisit on an otherwise off-day this past Sunday. Included in his review was a frame-by-frame breakdown of the point in the 1st round when Mora ruled a headbutt had taken place along with repeated warnings for the two combatants to watch their heads.

“The NSAC Instant Replay Procedures For Professional Boxing events in paragraph 3, the last sentence states: The yellow lights indicate a review is taking place by the Review Official and based on conclusive evidence the Review Official shall revise a decision make by the Referee,” explains Bennett. “During this fight there was no conclusive evidence to overturn the referee’s decision.

“In fact, based on the screen shots [provided to the media] the Referee was unequivocally correct.”

Added Bennett: “Please remember Instant Replay at our current level has been in place for approximately six months.  The being the Review Official can [overrule] the Referee’s decision if there is conclusive evidence to do so. As always, it’s a privilege and an honor for us to regulate all unarmed combat events, whether tt’s a four round fight or a championship fight.”

The NSAC has made the fight available online for all to review, along with the following provided timeline (using the ring clock from the opening round) for when Mora first recognized a clash of heads, and his repeated warnings throughout the brief affair:

Moloney and his team plan to protest the outcome. A successful reversal would rule the contest a 3rd round stoppage in his favor, thus rendering the Aussie a two-time secondary 115-pound titleholder. Any other ruling will see Franco retain his title for the first time.