Nova: I Out-Boxed A Very Good Boxer; Sparrow Told Me I'll Be A Champion

Abraham Nova knows he can walk down opponents and knock them out.

The unbeaten junior lightweight contender wanted to prove last week that he can box as well. That’s what Nova believes he accomplished by out-pointing a smart, skillful Avery Sparrow in a 10-round bout ESPN broadcast from MGM Grand Conference Center in Las Vegas.

“I out-boxed a very good boxer,” Nova told BoxingScene.com. “Everyone knows Avery Sparrow is not an ordinary fighter. Even after the fight, Avery Sparrow told me and my team, he said, ‘You’re gonna be world champion. You’re a hell of a fighter.’ So, much respect to him. He recognized that I was the better man, I was the better fighter. There’s a difference when you’re in there with me, so he knows.” 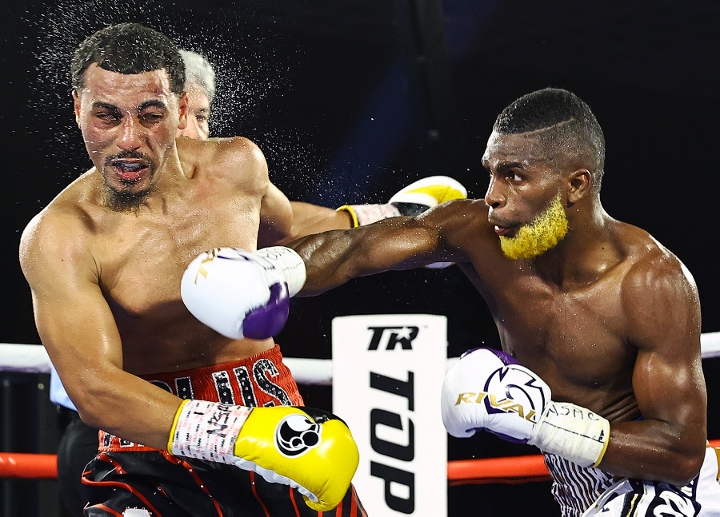 Nova changed what had been a competitive contest when he hurt Sparrow with a right hand 35 seconds into the eighth round. Sparrow held, moved, went down to the canvas and even intentionally spit out his mouthpiece to survive serious trouble in that round.

“Avery, he’s a slick fighter,” Nova said. “He knows how to get away from big shots. You know, it’s hard to get somebody out of there when they’re just trying to survive. He’s a good defensive fighter. Avery Sparrow, I feel like he’s a veteran fighter. With minimal fights, he has a lot of experience.

“So, he was tying me up, getting real low, he spit his mouthpiece out. He’s very smart in there. I was trying to look for [the knockout], but I knew it was gonna be difficult because when somebody is trying to not get knocked out, there’s a high percentage they won’t get knocked out because, you know, that’s what they’re looking for.”

Nevertheless, Nova moved closer to a title shot in the 130-pound division by beating Sparrow.

The Puerto Rico native is ranked sixth by the WBA and seventh by the WBO. Bob Arum’s Top Rank Inc. promotes Nova and WBO champion Jamel Herring (21-2, 10 KOs), whose title defense against another Puerto Rican opponent, Jonathan Oquendo (31-6, 19 KOs), will be rescheduled soon.

“Now it’s up to Top Rank and the fighters to take the fight,” Nova said. “But if I’ve gotta do another fight, it’ll probably be a title eliminator. I’m here to fight. I’m here to be the best, so I ain’t dodging nobody.”