Nonito Donaire - "I'm The One To Watch"

It is boxing’s gift that keeps on giving.

The World Boxing Super Series has been so good, so refreshing and produced so many good fights and moments it’s little wonder that the rest of the game has not followed suit and piled in with similar ideas.

Who knew the best fighting the best – or that very premise – would be a winner?

Of course, the WBSS has not been lazy. They haven’t just run with that idea, they use silky production skills, they add bells and whistles to their shows, they tour the world (to some places otherwise off the boxing map – though there has been both positives and negatives attached to this) but even the very presentation of it breathes life into a sport that is slave to the same tired old format it has utilised for years.

And while initial WBSS tournaments followed the script with top seeds making the final, this year’s tournament at bantamweight has not gone to plan, and it’s arguably richer for it.

Sure, hopes were high that the monster, Naoya Inoue, would wind up swapping grenades with Zolani Tete, but the African’s late withdrawal against Nonito Donaire last week meant the Filipino veteran instead had to get by Stephon Young, which he did in six following a blistering left hook finish mid-fight.

Donaire is now 40-5 (26) from a marvellous career. He wasn’t supposed to make it by talented Irishman Ryan Burnett in the opening round but Burnett was injured in the fourth and couldn’t continue, ceding his WBA title in the process. 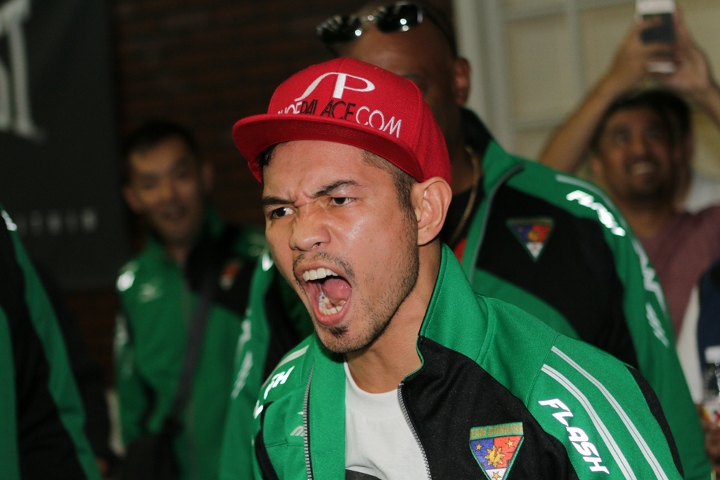 Then Donaire was supposed to still be making up the numbers against Tete. That is not to slander the brilliant Filipino, but to highlight the fact that many thought his day in the sun had come and gone, that he was no longer the fighter he had been. Part of that is because having moved up he had failed to dazzle at featherweight, and another reason is that when he moved back down, two whole divisions, no less, he did so at the age of 36.

At that age, and with Donaire’s mileage, there should not be the same sparkly ambition and enthusiasm but there is. He should be heading into the International Boxing Hall of Fame regardless but it’s astonishing that he has maintained his hunger and his desire.

Part of it has come about through attending workshops to improve his outlook and mental dexterity, it has also helped not yo-yoing in weight up to 30lbs between fights.

He told me recently he was feeling “stronger and younger.”

It took losing to Guillermo Rigondeaux to realise he loved what he did so he wanted to do it as long as he could. He had fallen out of love with the sport and wound up as a featherweight a mercenary, looking for the big names in a bigger divisions because that’s where the big money was.

It’s of real credit to Donaire, who enjoyed such a career purple patch from 2007 to 2012 – when he scalped the likes of Vic Darchinyan, Moruti Mthalane, Raul Martinez, Fernando Montiel, Jorge Arce, Omar Narvaez and Hernan Marquez among others – that he’s now able to produce as he is now, at the ripe old age of 36.

When the WBSS was launched and the bantamweights were announced, with Donaire in, cynics would have suggested the old man’s name was being used for starpower, that he was done in boxing, let alone at bantamweight and that the Donaire brand was being utilised as a wildcard to attract audiences, numbers and money from the Philippines.

Yet he’s through to the final, against the odds, on an unlikely journey and ready to take on the man who will, by the time the final comes round, be seen as the best bantamweight in the world.

On May 18, top seed Inoue meets Emmanuel Rodriguez and the Japanese star is a hot favourite. He’s in pound-for-pound discussions. He’s made it onto the cover of all of the boxing magazines, he’s knocked out 15 of 17 victims. Donaire is supposed to be the 16th of 18, although Inoue must first get by the excellent 17-0 (12) Puerto Rican, of course. No given, but it is expected. Inoue is currently riding a swelling wave that has the Mike Tyson effect type current to it.

Donaire is not fazed.

‘Is he the one to watch?’ I asked Nonito of Inoue recently.

‘He’s a good fighter,’ he conceded.

‘Is he the one to watch?’ I asked again.

Nonito laughed, but then continued.

‘He’s one of the guys, I don’t know much about Rodriguez but I think me and Inoue have been on an unspoken path of trying to meet each other. He’s been destroying a lot of guys that people are having problems with. I believe he’s a really gifted kid but now I’ve started to use my brain, my mental capacity, I’ve started to see flaws in everybody I watch.

That is true of the sport. It might have taken the brilliant WBSS to shine a light on Donaire for what could be his final run but he is a boxing gem and, as Young and Burnett have found out in recent months, he is still a factor, still a dangerman and he’s not here to make up the numbers now he’s down to the final two from eight. He’s one giant step from hitting a summit no one thought he could scale again and demonstrating, once more, that nice guys can finish first.

The injury that english or Scottish suffered against Donaire, was actually caused by a devastating body shot.

Nonito for the win

no nonito, it's inoue that's a must see although i'm rooting for him , i hate it when he says some khan'esque crap and he does that quite a lot too to be honest

I was so sure, a couple of years back, that Donaire was done with the sport, but he's surprising everyone with this 'lucky streak'. Like someone else says above, it is a tiny bit fishy, but good luck to the…