Nonito Donaire: I Know After Inoue Fight I Have A Lot Of Gas In My Tank

Nonito Donaire didn’t even know how much elite-level boxing he had left in him two years ago.

Donaire, then 35, had just lost nine rounds to Carl Frampton on all three scorecards in a 12-round featherweight title fight in Belfast. That was his second one-sided defeat in three fights, seemingly a sure sign that his terrific career was winding down. 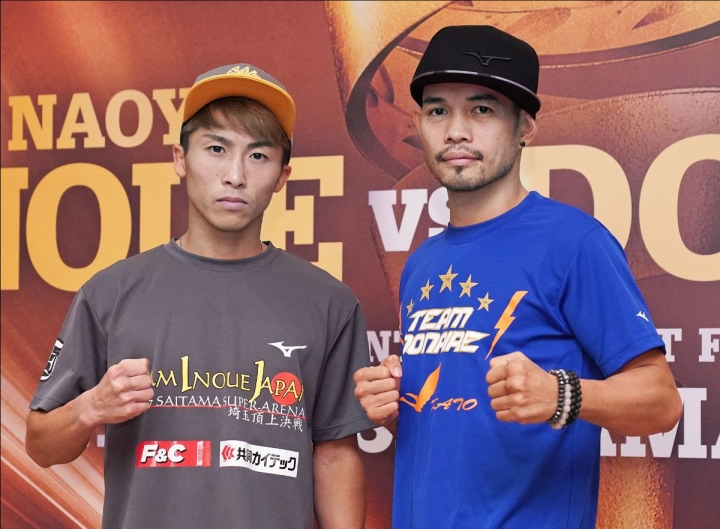 The five-division champion’s performance against unbeaten Japanese star Naoya Inoue particularly proved to Donaire that he still can thrive versus top opponents. Donaire dropped a unanimous decision to Inoue, but he hurt the IBF/WBA 118-pound champion in the ninth round and won six rounds of their 12-round battle on one scorecard.

A revitalized Donaire discussed how his career turned around once he moved down two divisions during a recent appearance on “The PBC Podcast.”

“Being the underdog, you know, people telling me that I couldn’t last for a round or four, and then I gave him hell, I mean it was sweet to be that way,” Donaire told co-hosts Kenneth Bouhairie and Michael Rosenthal. “And that’s why we’re pursuing the takeover whenever boxing opens up.”

The 37-year-old Donaire (40-6, 26 KOs) expects to face France’s Nordine Oubaali (17-0, 12 KOs) in his first post-pandemic fight. Donaire, the mandatory challenger for Oubaali’s WBC bantamweight title, was supposed to oppose Oubaali on May 16, but their championship match was postponed indefinitely.

“The Filipino Flash” is confident he’ll beat Oubaali because of how he tested Inoue (19-0, 16 KOs), who is commonly considered one of the top boxers, pound-for-pound, in the sport.

Inoue’s left to Donaire’s body made him take a knee in the 11th round November 7 in Saitama, Japan. Otherwise, however, Las Vegas’ Donaire withstood Inoue’s vaunted power and exposed some vulnerability in the 27-year-old knockout artist by rocking him with a right hand two rounds earlier.

The Boxing Writers Association of America voted Inoue-Donaire its “Fight of the Year” for 2019.

“The experience that I [had] in that fight, I know that I have a lot of gas in my tank,” said Donaire, who won world titles at flyweight, super flyweight, bantamweight, super bantamweight and featherweight. “You know, all it is is just the inspiration and the motivation to go, to be in the gym. You know, hanging the poster up in the gym and seeing that face in the gym when I wake up in the morning, I think it’s better motivation for me. And that’s the game plan, you know, try to take over the world, try to take over the division, you know, because again, that was an experience that I felt, ‘Man, I got a lot in me.’ And I’ve gotta do it. You’ve gotta stop making excuses, stop making stories.”

At his age, and clean, it remains to be seen how much his fight with Inoue has taken from him. If he still has a lot left, he has a decent chance against Oubaali but I think Rigo beats him…

One of the best fights in modern memory. I honestly though Donaire was going to be airlifted to hospital but his brave and gritty performance blew me away. He went after Inoue! Madness :eek: And for me, the way Inoue…

[QUOTE=JuanSkinner;20596255]The ref also ran in the way of Inoue when he hurt him. Not that I care. Both guys amazing[/QUOTE] I agree - both guys were superb. It was the 1.52 mark that the ref ran in the way of…

[QUOTE=angkag;20596009]What sticks in my mind is the punishment Donaire took late on in the fight after he went down. To be fair, he was still throwing after that with the chance to land something big, but he ate a lot…

[QUOTE=Thraxox;20595779]Might have enough gas in the tank against Oubali or a Rigondeaux rematch to both KO them but not a rematch against Inoue IMO.[/QUOTE] What sticks in my mind is the punishment Donaire took late on in the fight after…