From the moment it was assigned a purse bid hearing, the ordered 115-pound title fight rematch between defending titlist Donnie Nietes and mandatory challenger Aston Palicte was met with surprisingly significant interest from boxing promoters around the globe.

Unfortunately, the least interested of the lot turned out to be Nietes—and perhaps of any future fight in general.

The four-division title claimant from Philippines has vacated his World Boxing Organization (WBO) super flyweight belt in lieu of a second go versus his countryman Palicte. The move came just ahead of a purse bid hearing scheduled for Thursday morning at WBO headquarters in San Juan, Puerto Rico. 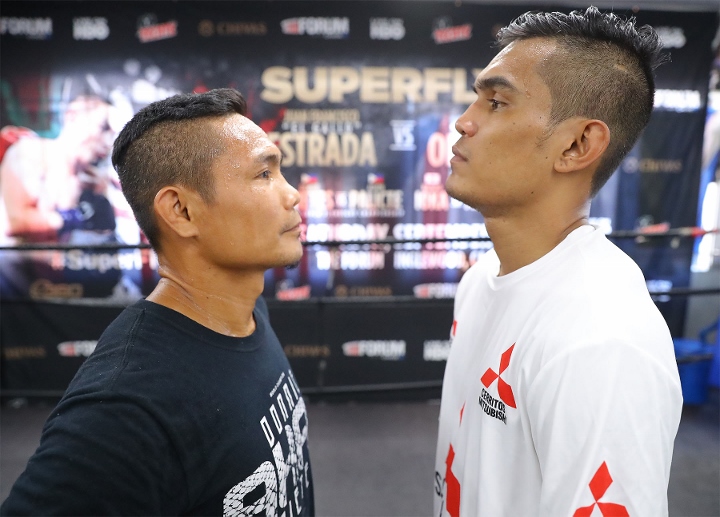 Palicte (25-2-1, 21KOs) will likely fight for the vacant title versus the next available leading contender. Interestingly, it could result in a pairing between the two most recent opponents for Nietes, as Kazuto Ioka is currently the next highest ranked contender currently without a scheduled or confirmed fight.

Nietes (42-1-5, 23KOs) and Palicte fought to a 12-round draw in their vacant title fight last September in Inglewood, California. An immediate rematch was warranted, but the two were briefly sent into different directions as Nietes—a former titlist at strawweight, junior flyweight and flyweight—was permitted a clear path to a second crack at winning a title in a fourth weight division.

Less than a month later, Palicte re-entered the title picture after a crushing 2nd round knockout of Puerto Rico’s Jose Martinez this past January in Alpine, California. The sanctioned title eliminator positioned the 28-year old Filipino directly in line for a second crack at his countryman, with a shorter-than-usual 14-day negotiation period ordered for the two camps to work out an agreement or else be subject to a purse bid hearing.

From the moment talks began, the team at Roy Jones Junior Boxing Promotions (RJJBP)—with whom Palicte is aligned—sensed that Nietes wasn’t particularly interested in the fight as he’d been eyeing more lucrative opportunities in the loaded super flyweight division.

Still, both sides went the full negotiations period as ordered, but failed to reach a resolution which prompted an assigned February 28 purse bid hearing.

An official notice has yet to come from the WBO, other than its president Franciso ‘Paco’ Valcarcel revealing plans for the sanctioning body to “recognize Donnie Nietes’ outstanding career during the upcoming WBO Convention, to be held in Tokyo, Japan” later this year.

[QUOTE=DuckAdonis;19548469]Wtf does this mean Nietes will get stripped? He just won the title[/QUOTE] He vacated, says he wants "career defining" fights [IMG]https://pbs.twimg.com/media/D0h5z5aWsAA_UD_.png:small[/IMG]

Wtf does this mean Nietes will get stripped? He just won the title