At their ongoing annual convention in Panama, the World Boxing Organization has sanctioned the WBO interim-cruiserweight title for the bout between Maxim Vlasov (42-2, 25 KOs) of Russia and Krzysztof Glowacki (30-1, 19 KOs) of Poland.

Their fight, which is part of the second season of the World Boxing Super Series cruiserweight tournament, takes place on November 10 at the UIC Pavilion in Chicago.

That card will also have another fight from the WBSS tournament, with former world champion Mairis Briedis facing Noel Mikaelian. 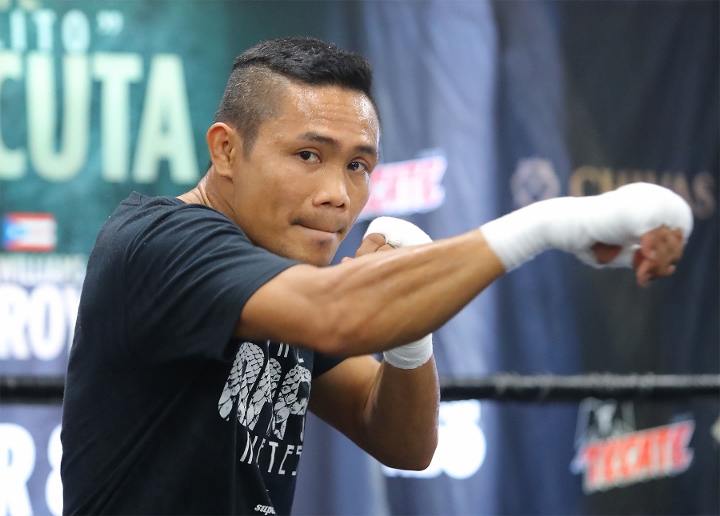 Glowacki fought Season I winner Oleksandr Usyk in 2016 – relinquishing the WBO belt over 12 rounds, he won the belt in 2015 via knockout against Marco Huck.

Usyk was the overall winner of the WBSS cruiserweight tournament in season one, and now holds the WBO, WBA, WBC and IBF world titles at the weight.

Vlasov, a fighter with success at multiple weights, likewise enters the quarter-final with great confidence after winning 12 straight fights since moving up in weight in 2015.

Also ordered by the WBO, they issued rulings with respect to the vacant super flyweight world title.

Filipinos Aston Palicte (24-2-1, 20 KOs) and Donnie Nietes (41-1-5, 23 KOs) fought last month for the vacant WBO title, but the duel ended in a very controversial draw that many felt was a clear win for Nietes.

The WBO approved that Nietes will face #3 ranked Kazuto Ioka (23-1, 13 KOs) of Japan, for the vacant WBO world title and Palicte will face fourth-placed Jose 'Chiquiro' Martinez (20-0-2 , 13 KOs) of Puerto Rico, in a final eliminator fight where the winner will obtain the mandatory position for the world title.

[QUOTE=chico malo loc;19241434]good stay busy fight for Jaime! Hogan is crap ! I wonder why the wbo made him mando?[/QUOTE] He beat some Kelly guy for that spot a while back [url]https://www.boxingscene.com/hogan-beats-kelly-wbo-eliminator-hooper-stops-quinlan-results--126961[/url]

Ioka vs nietes is such an even fight i cant wait until it happens thats potential fight of the year. I have been waiting on this matchup for like 2 years

[QUOTE=1hourRun;19241549]I see what you are saying, Aston held his own ; I knew Palicte was going to be in the fight for all 12 rounds. I favored the more polished work, thats why I had Nietes get the W. For…

[QUOTE=HumanBag;19241426]I just finished rewatching the nietes-palicte and now i scored it a draw. I previously had it 8-3 nietes. There were rounds were nietes was defensively brilliant but at the same time not doing enough, just firing few accurate counters…

No time to waste for Nietes. He's going for big fights after big fights.