Nietes Feels He Clearly Beat Ioka: He Was Afraid To Attack Me

In his second attempt, Nietes captured the vacant WBO super flyweight world championship. Back in September, Nietes fought countryman Aston Palicte to controversial twelve round split draw with the vacant WBO title at stake. The sanctioning body felt Nietes should have won the fight and ordered him to face Ioka for the vacant belt. 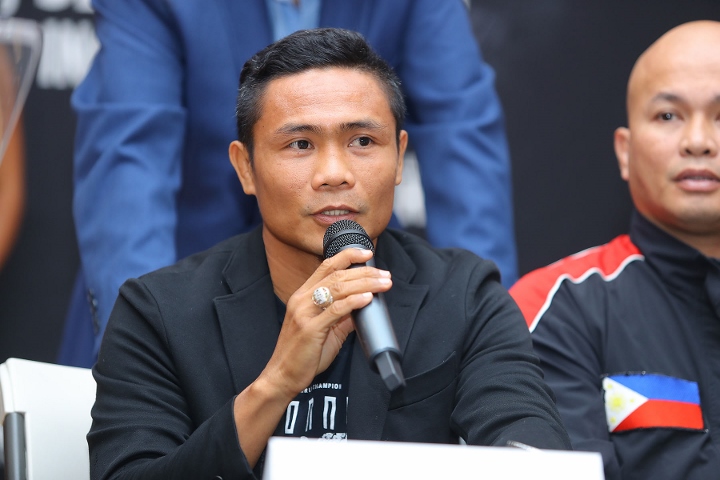 It was a very tough contest, with Nietes using rapid counter punches to key Ioka at bay.

“I was expecting a unanimous decision win but I can’t say anything about the decision [of the other judge]. Judges have their own views. That’s what he thinks of the fight or maybe he saw a different angle in the fight,” Nietes told The Manila Times.

“I’m really happy that I got my four-division world championship this New Year. I showcased the fans a great fight and I am so thankful that they liked my performance.”

While the fight was very close at time, Nietes believes that he was always in command of the contest and was never really bothered by anything that Ioka was able to accomplish in the fight.

“His punches were not solid and it seemed he’s afraid to attack me. I was able to evade his body shots and hit him with uppercuts as he got closer so he changed his style,” he said.

I thought Nietes did enough to win a UD. But, the 118-110 Nietes, 116-112 Ioka scores were questionable imo. No way Nietes won 10rds or Ioka winning 8. A rematch should be in order. Both Nietes and Ioka are very…

[QUOTE=Bestlefty;19402639]If Nietes is still not included in the P4P list, definitely that that list is biased and ****ty. 4 Division Champ and no defeat since 2004. A champion for over a decade and claiming those 4 belts with multiple defenses.…

If Nietes is still not included in the P4P list, definitely that that list is biased and ****ty. 4 Division Champ and no defeat since 2004. A champion for over a decade and claiming those 4 belts with multiple defenses.…

It was close fight. Respect to both fighters. Nietes had the more telling blows for sure esp those counters. The dominant Ioka that fought Arroyo never surfaced. He was very wary about Nietes' counter punches.