Rather turning it into any big media event, Nicola Adams chose her local newspaper to announce that she was hanging up her gloves.

The 37-year-old, who holds the WBO flyweight title, said she is quitting the ring after suffering an eye injury and being told she could permanently damage her eyesight if she continued. 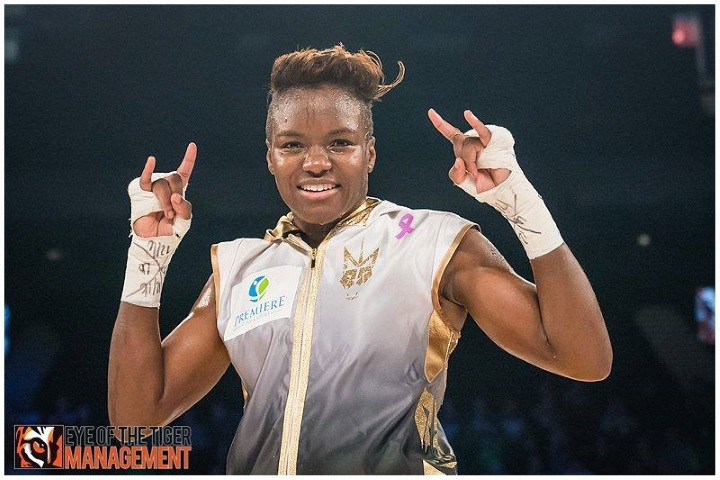 But injuries hindered her. Back problems after a fall down the stairs once made it unlikely that she would ever get to the Olympics, while a serious operation on her right shoulder followed her Commonwealth Games gold. After claiming the interim WBO title, with a points win over Isabel Millan in September 2018, an injury to her left shoulder prevented her facing Arely Mucino for the full belt in March this year.

After Mucino was injured in a car crash, however, Adams inherited the title, making one defence, against Maria Salinas at the Royal Albert Hall in September, which ended in a draw.

She announced her retirement in an open letter to the Yorkshire Evening Post.

“Many years ago, the paper wrote a story about a young girl wanting to embark on a boxing career,” she wrote. “That girl wanted to make Leeds, Yorkshire and the people of Great Britain proud and pave the way for a new generation of female fighters.

“You’ve championed me from the very start of my career and so I wanted you to be the first to know I’ve made the very difficult decision to step down from the ring.

“I’m immensely honoured to have represented our country – to win double Olympic gold medals and then the WBO championship belt is a dream come true… But it’s not without taking its toll on my body, and aside from the expected aches and pains - I’ve been advised that any further impact to my eye would most likely lead to irreparable damage and permanent vision loss.

“Whilst I am proud of my achievements, the unwavering belief from everyone in my corner, is something I will appreciate for the rest of my life.

“Hanging up my gloves was always going to hard, but I have never felt luckier, And I’m so immensely proud of how far the sport has come."

and with all that achievement i sincerely hope she made some $$$ to go with it. Good luck and RESPECT.

The girl done good! Good luck in retirement and with the rest of your life, Nicola. I'm sure whatever you do you'll be smiling. :) As someone from Yorkshire myself, we all all proud of you and what you have…

She tore her pupil I didn’t even know that was possible. People scorn woman’s boxing but this is yet another heads up on the horrific injuries can be received by all combatants in the sport Nicola has been brilliant for…