In signing with Hall of Fame Promoter, Joe DeGuardia, O'Rourke has his sights set on growing his fan base internationally, which is already supported by a strong contingent of fans in Ireland.

CEO of Star Boxing, JOE DEGUARDIA, had this to say on the signing, 'Ryan had an impressive amateur career and since making the switch to the paid ranks, it is clear to see he is very suited to the professional game. He is still only 21 years of age and has a lot of potential. It looks as though he will be a very entertaining fighter in the years to come."

Known as 'The Silent Assassin', Ryan O' Rourke has shown his quality in the ring, notching 3 quick wins in January, February, and March of this year before the world came to a stop due to the global pandemic.

However, O' Rourke will look to add to his impressive undefeated resume on September 11th in Spain where he steps up for his first 6-round contest.

Ryan O' Rourke had this to say about signing with Star Boxing, "I am delighted to have signed with one of the biggest promoters in the world. I can't thank Joe and Star Boxing enough for the opportunity and I am looking forward to getting started and kicking on in America. My career has been mapped out brilliantly, and I am building up a wealth of experience and fighting regularly. This opportunity is what dreams are made of." 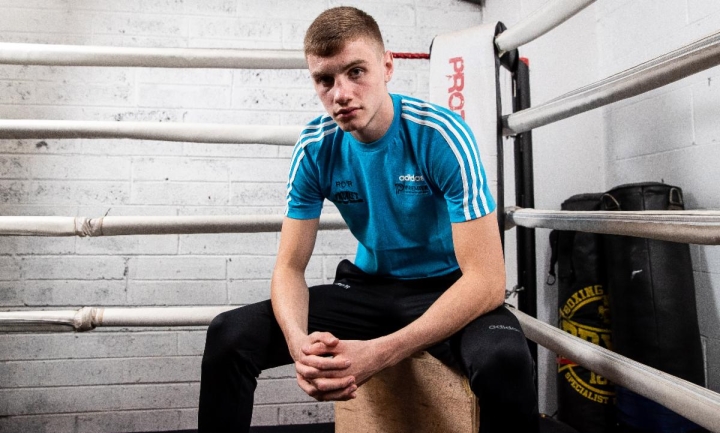 WATCHING THE IBF International super welterweight belt change hands over the weekend made Troy Williamson even hungrier for success and the Trojan says he would be happy to dine out on both the winner and loser.

Sam Eggington and Ted Cheeseman fought out a close run fight this past Saturday, with Cheeseman getting the verdict from the judges and parting the Birmingham man from his title.

The fight received a good few plaudits from viewers but, up in Darlington, the IBF European champion was not particularly impressed with what he witnessed.

The 28-year-old former Team GB star believes he would devour both men for breakfast and midday snack.

“Watching the Eggington-Cheeseman fight made me realise I am a level above both," said Williamson, who is set to defend his title live on BT Sport on August 15. "I would even fight them on the same day.”

“I would have the egg for breakfast and the cheese for lunch.”

Williamson suspects he is becoming an avoided man in the division but will not be deterred in his quest to conquer at 154lbs.

“There’s a reason why none of these super welterweights want to fight me. But I won’t be stopped. I will become world champion.”

US and Puerto Rican native Lopez had an extremely successful amateur career, winning gold medals at a number of major national tournaments in the USA, and now at only 17 years of age wants to turn professional and become one the youngest ever boxers to win a world title.

It is another great sign of things to come in the US for MTK Global, as Lopez is the latest American-based star to join the company, following the arrival of unbeaten Lorenzo ‘Truck’ Simpson on an advisory deal earlier this week.

Lopez’s signing with MTK Global comes after he was recommended by boxing Hall of Famer Roy Jones Jr, and he’s excited to repay that faith.

Lopez said: “I’m proud to be signing with MTK Global. Roy Jones Jr saw what I had and referred me to MTK. They are one of the best in the business to build a fighter’s career.

“I would call it a natural fit. One of the best fighters being referred by an all-time great, now signing with one of the best companies in boxing.

I want to showcase my talent to the entire world and become a global champion. This is what I was born and bred to do. I love this sport and grew up doing it, so I see myself winning a world title one day.”