“I can’t wait to get over to Orlando,” said Moloney. “I really feel like this is my time to shine. I have been training so hard to achieve my dream of becoming World Champion and I will not let this opportunity slip.”

27-year-old Moloney (17-0, 14 KOs) had a prolific amateur career before joining the ranks of the professionals, including competing in the 2010 Commonwealth Games at only age 19. Since turning pro in 2014 Moloney has stayed unbeaten, and the ‘The Smooth One’ believes he can continue the winning streak and take the next step in his division.

The quarter-final ahead of him, a mandatory challenge against IBF World Bantamweight Champion Emmanuel Rodriguez (18-0, 12 KOs) from Puerto Rico, is the biggest test to date. A test Moloney feels comfortable in solving.

“I take great pride in being the first fighter to represent Australia in the World Boxing Super Series and I am 110% ready to bring this World Title back to Australia and advancing into the semifinals,” said Moloney.

“I’m not just in this tournament to make up the numbers, we truly believe that we have what it takes to go all the way.”

Fighting in the U.S. is nothing new to the Australian from Kingscliff, New South Wales, but this time the whole world will be watching.

“I fought over in the U.S. as an amateur but this will be my first time as a professional so I’m really looking forward to showing the U.S. and the worldwide audience exactly what I am capable of and putting on a spectacular performance.”

“Training has been fantastic, my team and I are very happy with how things are coming together. Rodriguez is a good fighter, but on October 20 I believe you are going to witness something very special!”

The second Ali Trophy bout of the huge night of boxing in Orlando, Florida is a cruiserweight clash between Cuban Yunier Dorticos and Poland’s Mateusz Masternak. 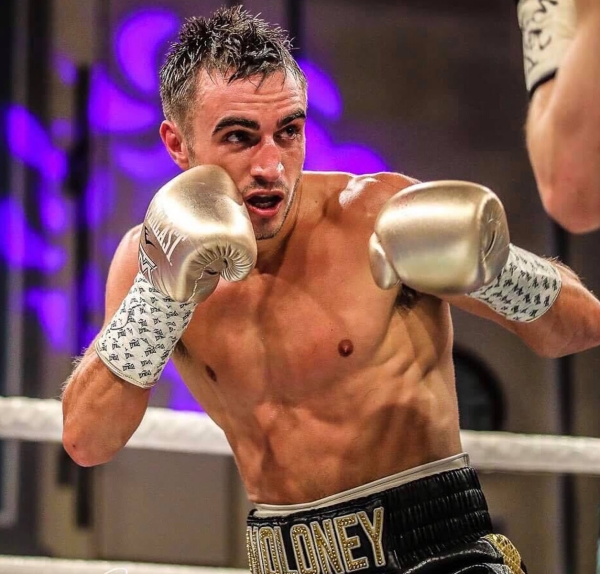 More exciting bouts have been announced for “Rumble at the Rock 2,” professional boxing event, presented by Kris Lawrence and The Heavyweight Factory, taking place on Friday, Sept. 28 in the Hard Rock Event Center at Seminole Hard Rock Hotel & Casino in Hollywood, Fla.

“These three fights are indicative of the quality match-ups we are able to consistently present to South Florida boxing fans,” said Henry Rivalta, Director of Boxing Operations of The Heavyweight Factory. “Mussa is in against a very tough veteran for his second professional title and Livan Navarro has asked us to challenge him. You have to commend him for being willing to take tough challenges and that’s exactly what Armando Alvarez is. They are both very good fighters, and this should be a great fight.”

DeCarlo Perez and Antowyan Aikens lived up to the pre-fight hype of a knockdown- dragout war that eventually saw Perez eek out an eight-round unanimous decision on  Saturday night at The Bourbon Room inside the Showboat Hotel in Atlantic City.

The fight saw Perez push the action early as he buckled Aikens into the ropes in the 2nd round. Not only did Aikens stem the tide, but came back emphatically, as he landed a perfect right that sent Perez to the canvas.

Now with Aikens seemingly in control. Perez came back the very next round to land a perfect left hook that put Aikens on the canvas. It looked like Perez would be able to end the fight, but Aikens came back and stood toe-to-tow with Perez, and gave as good he received.

With a cut over his left eye, Perez was able to box his way down the stretch of the fight, which thrilled the capacity crowd and the Showboat Hotel.

"Antowyan surprised me on how he was able to be so consistent.  When he did knock me down, I was able to stay calm, and keep my composure.  I said to myself was to stay calm, I still have rounds and I tasted his power.  I knocked him down, and I knew we were even, and I just wanted to win the last few rounds.  He started out the rounds strong, but my pressure not only influenced the judges, but began to break him down. He started punching out of fear instead of skill," said Perez.  "As long as I stayed consistent and kept my pressure, I knew that I would prevail."

Said Aikens, "It was a good fight.  It was an action packed fight.  We both landed some good shots.  They gave it to him based off of his knockdown," said Aikens.  "After I knocked him down, I should have slowed up and took my time.  In the next round, he caught me with a good shot.  There were a lot of things said in the build up to this fight, and I fought off of a lot of anger.  I will be back.  I am a real fighter.  All champions don't win belts."