Nery: Butterflies Never Go Away In Anticipation Of Fighting On Shows Like This

Even in being a part of a setting as unique as what comes this weekend, Luis Nery can’t help but feel like he’s been here before. 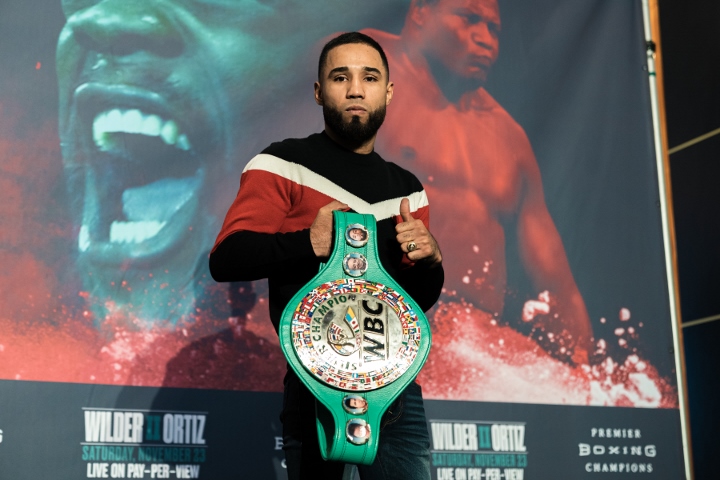 Also on the show in what is billed as the evening’s first main event, Jermall Charlo (30-0, 22KOs) defends his version of the middleweight crown versus perennial top contender Sergiy Derevyanchenko (13-2, 10KOs).

The showcase appearance will mark Nery’s third straight on a Premier Boxing Champions (PBC)-branded PPV event, all coming after twice hitting the road in a pair of knockout wins over previously unbeaten bantamweight king Shinsuke Yamanaka. Nery made his PBC debut last March, knocking out Puerto Rico’s McJoe Arroyo in the 4th round of a supporting bout to Errol Spence’s 12-round shutout of Mikey Garcia to defend his welterweight crown.

Four months later came Nery’s most recent fight to date, rallying to stop fellow former bantamweight titlist Juan Carlos Payano in the 9th round last July. The bout aired just prior to Manny Pacquiao’s 12-round split decision win over previously unbeaten welterweight titlist Keith Thurman, with the card serving as the most watched PPV event of the year.

Saturday’s six-fight set is easily the most significant card since the pandemic, also the first PPV during that time as well. It serves as the centerpiece of a loaded boxing day and night with major championship fights taking place on US airwaves from three different countries, with all eyes ultimately on the Showtime PPV event by night’s end.

“I’m thankful to be on this show, on a platform where I continue to gain more visibility,” notes Nery. “I’m excited, my heart is pumping with adrenaline knowing that I am sharing the stage with the Charlo brothers and ‘Banana’ Rosario. Honestly, the butterflies never go away in anticipation of fighting on shows like this, but it serves as motivation.”

Butterflies over the results of the pee test?

“Butterflies” when ur opponent is an obscure fighter who has fought nothing but 8 rounders his entire career.....relax and enjoy ur pbc mismatch.