Being a world champion is a dream that Emanuel Navarrete has already fulfilled. But this Saturday, he will fulfill another.

"I always wanted to fight in Las Vegas, as a world champion, on a national weekend. Thank God, I will be given this opportunity n Saturday," Navarrete said shortly before closing his preparation in Tijuana.

Navarrete travels to Las Vegas motivated and with the illusion of giving the Mexican fans a great show, and of course, a memorable victory.

"I am facing a very strong opponent, from a boxing family like Elorde, and he has a lot of quality, but we have done a great preparation and we are going to bring the belt back home," Navarrete said. 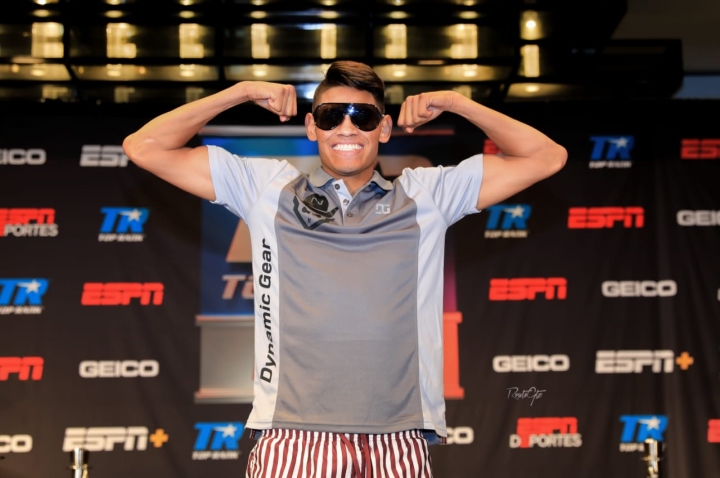 Although the show is headlined by undefeated heavyweights Tyson Fury (28-0-1, 20 KO's) and Otto Wallin (20-0, 13 KO's), Navarrete is aware that the Mexican fans' eyes will be on their countrymen.

"It is a great motivation and it is very special at this time in my career that I am considered to present Mexico in showcased fight in Las Vegas, it is a dream come true," said the boxer born in San Juan Zitlaltepec.

Last February, Zepeda fell short in his attempt to become the WBC super light world champion, being defeated by majority decision by José Carlos Ramírez, while Pedraza returns after knocking out another Mexican fighter in nine rounds, Antonio Lozada Jr .

In addition, former world champion Carlos Cuadras (38-3-1, 27 KO's) will be present, and he will be measured over ten rounds at super bantamweight against José María Cárdenas (17-4, 14 KO's). This past May in Florida, Cárdenas knocked out undefeated Antonio Vargas in a round.

The best fighter from mexico fighting on Mexican independence weekend! Step aside runelo