Japanese superstar Naoya Inoue has revealed that he suffered a pair of fractures around his right eye, as a result of the toughest fight to date of his pro career.

This past Thursday, Inoue came away with the win in his punishing World Boxing Super Series bantamweight final with a twelve round unanimous decision over former four division champion Nonito Donaire.

Inoue was a heavy favorite to win the fight. Donaire bought the fight to him without fear. He was able to cut Inoue badly above the eye in the second round. And he rocked Inoue in the ninth round. Inoue was able to recover and dropped Donaire with a vicious body shot in the eleventh. 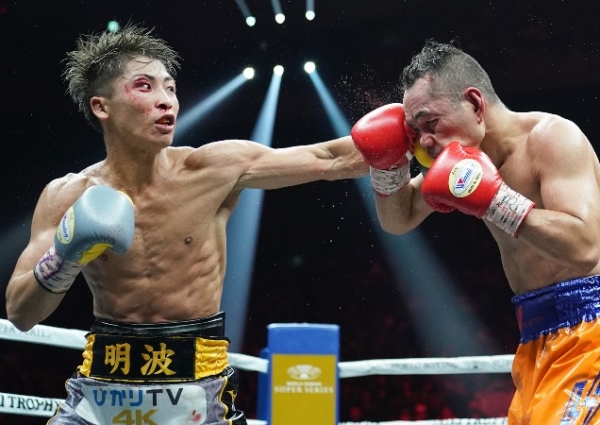 Following the fight, Inoue had a further examination on the right eye on Friday and the fractures were revealed.

Inoue, who added the WBA super bantamweight championship to the IBF crown he held before, did not give a timeline for his recovery but he will apparently not need surgery.

"I felt something was wrong when I began seeing double," Inoue said. "I've been told it will not affect my next fight. For the time being, I'm going to take it easy."

Inoue's next fight is scheduled for next spring. His plan now is to resume training after getting the results of a follow-up examination a month from now.

It was announced, following the fight, that Inoue had signed a multi-year promotional deal with Top Rank.

[QUOTE=Lance98;20181393]Inoue's style is not made for the long-term. If he keeps getting into wars like this, he won't last very long. He is exciting to watch, but he has major flaws in his defence. It wasn't apparent when he fought…

[QUOTE=tjones1989;20179572]My wife ain't fat bruh; she is thin and beautiful af compared to your warpig of a woman! Kell Brook was exposed to against hypejob GGG. If GGG so great; why was he pulling up a welterweight to middleweight? Oh,…

[QUOTE=Madison boxing;20181639]It doesn't say much for the rest of that weight division. The guys 36 years old with plenty of miles on the clock.[/QUOTE] and pacquiao is 40 with even more miles which by your stupid logic means that thurman,…

[QUOTE=Caxcan;20179847]Damn he suffered fractures the first time he was in a tough scrap. Not a good sign. He'd better work on his defense because even just visually he seems to have fragile facial structure.[/QUOTE] he got hit with that left…