Naoya Inoue Says The Goal is To Blast Out Jamie McDonnell

Bantamweight contender Naoya 'The Monster' Inoue (15-0, 13 KOs) is looking to make a huge statement on May 25th in Japan, when he faces WBA "regular" champion Jamie McDonnell.

"It looks like an exciting tournament," said Inoue to Boxing Mobile Japan. "If I beat McDonnell, I'll definitely be competing in it." 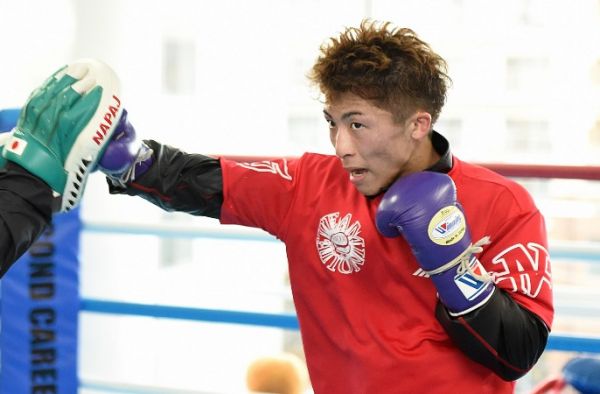 Burnett holds the WBA's "super title, while Tete has the WBO title around his waist, and Rodriguez recently captured the WBO world title with a dominating performance over Paul Butler.

The executives of the WBSS are eager to add Inoue to the mix.

McDonnell is the biggest and some feel the toughest opponent of Inoue's career.

But the Japanese fighter, who many views as of the best pound-for-pound boxers in the world, is expecting a dramatic ending. He wants to close the show with a fireworks display - similar to when he jumped up by two weight divisions to blow out veteran Omar Narvaez.

It wasn't easy for Inoue to prepare for fighting someone as tall as McDonnell, but he managed to get things done with international sparring partners.

"It isn't easy to find those kind of fighters in Asia. I didn't have any difficulty fighting them, but it was a new experience. It's the first time that I'm going to face a fighter that tall," Inoue said.

"But it's the same when meeting any fighter for the first time, there's always something new to contend with. I think it'll be similar to the Omar Narvaez fight in terms of intensity. McDonnell is a good opponent to have for my first bantamweight fight. McDonnell is a tough fighter but I want to knock him down with one punch."

[img]https://i.imgur.com/esafzPg.gif[/img] Jamie McDonnell is too stupid to read the lines that Inoue will be cutting to set him up for a bomb, McDonnell will get caught HARD -- even if Jamie wants to brawl he cant punch! Naoya is going…

This my fear for Jamie. Inoue is so goddam talented and he has that truly hurtful power. The only ?? are how will the new weight affect his power and of obviously the huge height & reach difference. I'll be…

[QUOTE=Andre_parker1;18794242]gotta admire inoue for his courage from a tough fight straight to a very tough tournament, not too many fighters out there got that[/QUOTE] P4p lists are subjective but because of these reasons I think inoue should be in everyone’s

gotta admire inoue for his courage from a tough fight straight to a very tough tournament, not too many fighters out there got that