Nacho: The First Meeting Makes No Difference in Vargas-Kameda

Ignacio “Nacho” Beristain, member of the Boxing Hall of Fame and head trainer of WBC super bantamweight champion Rey Vargas, predicts the July 13th fight  between his pupil and mandatory challenger Tomoki “Mexicanito” Kameda will be duel of strategies, and may the smartest fighter win.

“He’s a young man with a lot of technique, and that’s good for Rey because he's been involved in very bloody fights, very tough fights, opponents with very complicated styles and that does not favor him when he wants to show all of his boxing skills. I’ve seen that [Kameda] is a brave fighter but clean,” states Nacho. 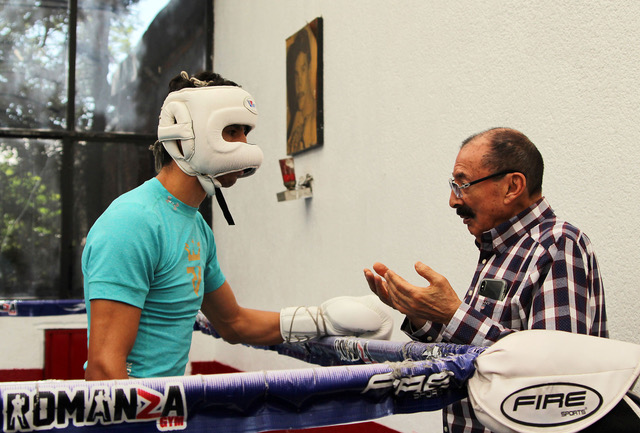 Although there is a lot of talk that this is a revenge fight, the experienced trainer considers that there is a huge gap between what happened in the first clash, as they were only two young amateur fighters many yeas ago.

“It’s very simple to explain, what we’re going to see on the night of the 13th has nothing to do with what happened many years ago. Back then they were two young men who were just beginning. While today we have a match between the absolute world champion and a former world champion, It’s a world of difference, I just hope Rey Vargas wins again,” Nacho said.

Beristaín will be pushing the corner of Vargas who is aiming for the 5th successful defense of the super bantam belt against Kameda, who has a lot of backing from Japanese fans and is determined to once again become a world champion.

Very good fight. I was hoping Vargas wouldn't use Nacho as his head coach but still a good fight.

They both fight Mexican Style..