It's not the traditional New Year's Eve show that regularly comes out of Japan but still a card which helps end the year with a bang.

A press conference was held Wednesday afternoon in Japan to announce one of the best shows of 2019, which will take place Dec. 23 at Yokohama Arena in Yokohama, Japan. Topping the loaded tripleheader, 2012 Olympic Gold medalist Ryota Murata returns to his home region as he faces Canada's Steven Butler. 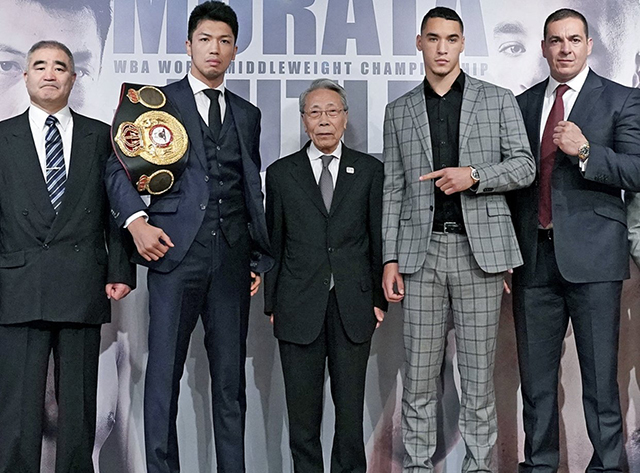 Japan's Murata—who hails from nearby Tokyo—will attempt the first defense of a secondary middleweight title which he regained in a two-round wipeout of Rob Brant in their rematch this past July. Original plans called for a trilogy matchup as Brant exercised a rematch clause in their contract, only for the American to agree to step aside to allow his recent conqueror a voluntary defense. A similar concession was granted by Murata after dropping a landslide decision in their first fight last October.

Settling on his latest opponent also required a drastic change of plans on the other side as well. Butler (28-1-1, 24KOs) was previously named as the mandatory challenger for Demetrius Andrade's portion of the middleweight title. The two were ordered to begin negotiations, although such talks never managed to get off the ground as Butler's team was already weighing other options.

Left on the table was a title fight in North America versus Andrade, an unbeaten southpaw whose fighting style is an acquired taste, in favor of a more lucrative opportunity to travel overseas for the first time in his career. Butler carries a 10-fight win streak into the bout.

As revealed at the press conference, the card will be carried by local network Fuji TV. A platform to present the crowd in the United States has yet to be announced, although there remains heavy speculation that it will stream live on ESPN+. Murata is represented by Teiken Promotions and Top Rank,the latter whom enjoy an exclusive deal with ESPN.

Murata's two bouts with Brant both streamed live on ESPN+, along with his revenge-fueled knockout win over Hassan N'Dam N'Jikam in their Oct. 2017 rematch being carried by ESPN2. The ESPN+ card which carried Murata-Brant II also showcased the latest title defense for Shiro, who scored a 4th round stoppage of Jonathan Taconing in the evening's chief support.

Excited to see Akira Yaegashi again! Man is a real life Ippo to me. What a warrior

[QUOTE=kidaguilar;20126412]Stacked huh? I didn't know they stacked shi+ that high.[/QUOTE] If you're not familiar with lower weight classes, that's your problem.

Stacked huh? I didn't know they stacked shi+ that high.

This is a high quality card! Hopefully i can luck up & find a stream