This is how Ryota Murata expected the first fight to go.

The 2012 Olympic Gold Medalist from Japan managed to get it right the second time around, avenging a title-losing effort to Rob Brant with a 2nd round stoppage in their ESPN+ streamed rematch Friday evening at EDION Arena in Osaka, Japan.

Murata floored Brant midway through a dominant round two before closing the show at 2:34 of the same round to reclaim the secondary title he conceded just nine months ago. 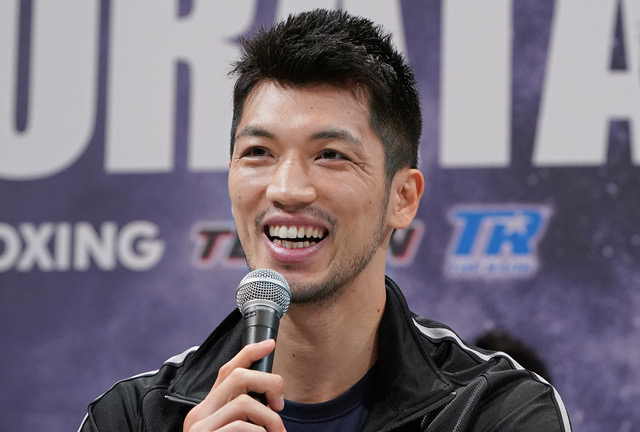 Brant (25-2, 17KOs) scored a major upset in his previous win over Murata by setting a blistering pace in their first fight last October in Las Vegas, Nev. The St. Paul (Minn.) native sought to pick up precisely where he left off, letting his hands go from the opening bell.

The big difference was that Murata was prepared for the incoming this time around. While reveling in the vocal support provided by the capacity crowd on hand in his native Japan, the former titlist was motivated to prove that the first fight was not at all who he is as a pro.

It showed in his spirited effort on Friday, withstanding Brant's frantic output while remaining in the pocket to get off his own power shots. The tactic reaped major dividends, connecting with 29 of 64 power punches in the round—the most anyone has ever landed on Brant, all in the name of a Round of the Year contender.

That mark would only last for another two minutes and 34 seconds, as would Brant's title reign.

Murata (15-2, 12KOs) sensed he was the stronger of the two and wasn't about to let Brant off the hook. Round two was the most dominant of their two-fight set. No longer was the American able to overwhelm his foe with sheer volume, as Murata was dialed in with his right hand. What started out as wide shots in the opening round found their target much quicker in round two.

The two-fisted attack prompted Brant to stop throwing punches altogether, stunned early in the round by a right hand as he spent most of the frame fighting behind an earmuff defense. It didn't work, as Murata was once again prepared to show just how well he can perform the second time around.

It was the case when he violently snatched the title in a 7th round stoppage of Hassan N'Dam N'Jikam in Oct. 2017, just three months after the two-time Cameroon Olympian (who now lives and trains in France) scored a highly questionable 12-round decision to lay claim to the secondary title. Just one defense came of Murata's reign before running into Brant last fall.

This time, he ran over Brant. A right hand to the chin had the exiting titlist stunned and cornered, prompting Murata to go on the attack and with the ensuing volley forcing his foe to the canvas for the bout's lone knockdown midway through round two.

Brant beat the count but was clearly still too buzzed to even clinch his way out of trouble. Murata went on the attack, unloading with a near-record breaking performance in landing 64 power punches in the round. Every last one of them had an effect on Brant, who was trapped along the ropes and not responding to the hailstorm of punches, prompting referee Luis Pabón to stop the contest.

The loss ends Brant's title reign at just nine months, squeezing in one successful title defense in between. The American middleweight turned away the challenge of previously unbeaten Khasan Baysangurov this past February, before agreeing to travel abroad to Murata's native Japan for the rematch.

The bout marked Murata's fifth consecutive title fight, a run which includes both of his career losses. The 33-year old righted the ship in a big way, regaining his title at a perfect time.

While it's highly unlikely his number will be called for a September 14 showdown versus World middleweight champion Saul 'Canelo' Alvarez, Murata is in prime position to land the assignment down the road. Alvarez has already parted ways with the WBC title (due to an absurd reclassification as "Franchise" champion) and is now facing a dilemma as he is due to defend his IBF title versus mandatory challenger Sergiy Derevyanchenko.

There remains the strong possibility of the Mexican icon vacating his title in favor of a far more attractive outing, namely a third fight with Gennadiy 'GGG' Golovkin. Even if he goes through with the mandatory defense, the WBA will be next up in rotation as the sanctioning body's mandatory is long overdue.

Alvarez holds the "Super" version of the WBA title, while Murata's win on Friday makes him a two-time "Regular" titlist—although there was nothing regular about the manner in which he re-established his presence in the heart of the middleweight division.

Brant is overrated but we knew that already right?

Two class fighters and two epic fights. Never seen a middleweight throw over 1200 punches untill their 1st fight. All pro in how Murata adjusted his style for the 2nd. Props to both fighters! Makes it worth being a fan…

murata had the 2nd most power punches landed in 1 round for MW the fact that the ref let it go on that long, is borderline dangerous for brant

[QUOTE=QueensburyRules;19896672]- -You mean...[/QUOTE] Was it a good stoppage? I think it was, but a few guys I know think it was slightly stopped early. But, they ar casuals, and Japanese.