Veteran heavyweight Kevin Johnson has refused to move forward with the planned fight against Murat Gassiev on October 31 in Sochi.

According to Gassiev's team, the boxer will now face Sefer Seferi.

"Johnson refused, the new rival is Sefer Seferi," the team's source told tass. "Johnson explained the refusal, saying that there was a problem with the passport. According to him, the passport had expired, but he does not have enough time to make a new one." 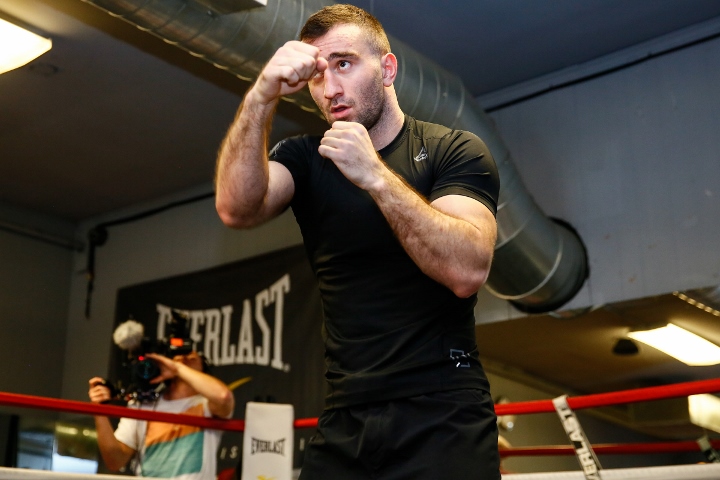 The fight will be the debut for Gassiev in the heavyweight division. Seferi, 41, who has citizenship of North Macedonia and Albania, has 24 wins, three losses and a draw.

A former World Boxing Association (WBA) and International Boxing Federation (IBF) cruiserweight champion, the 27-year-old Gassiev has 26 wins (19 by KO) and one defeat.

Gassiev has been away from the ring for over two years. His last fight came in 2018, when he lost a twelve round unanimous decision to Oleksandr Usyk in the final bout of the World Boxing Super Series cruiserweight tournament.

Afterwards, Gassiev made it clear that he was likely moving up to the heavyweight division. Due to injuries, scheduling issues and the coronavirus pandemic, the heavyweight debut was continuously pushed back to a later date.

[QUOTE=Mammoth;20812034]Maybe they can get him back out soon. I think he'll carry his power up with him, part of the reason why he's one of the cruisers I'm excited about making the jump to hw.[/QUOTE] I have said this aloud…

[QUOTE=theface07;20811943]I don't think there's going to be much of an adjustment here for Gassiev as a heavyweight. He's fighting a 41 year old blown up cruiserweight in Seferi. Maybe if he goes a few rounds he can shake some rust…

I don't think there's going to be much of an adjustment here for Gassiev as a heavyweight. He's fighting a 41 year old blown up cruiserweight in Seferi. Maybe if he goes a few rounds he can shake some rust…

[QUOTE=landotter;20811460]Hmmmm…. I will take over. I bet Gassiev's corner will want him to work. Besides, it won't be any fun when you are right unless one of us disagrees with you.[/QUOTE] Better question is who should he fight next if…