Jaime ¨Destructor¨ Munguía appeared before the media and sponsors in Tijuana, at the head of a press conference earlier today.

He said he felt very good physically and from a boxing standpoint in the middleweight division, and he expressed his delight over what he accomplished in the ring against Gary "Spike" O'Sullivan last Saturday, at the Alamodome in San Antonio, Texas.

"I felt very good, strong. The idea was to work on several things inside the ring.... movements, defense, attacking, and I think we met those goals. O'Sullivan is a great fighter, very strong, but we knew how to impose ourselves clearly," Munguia said. 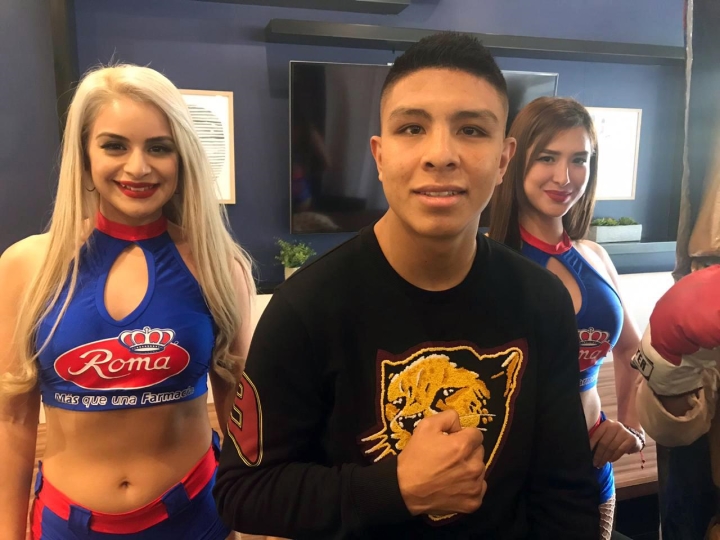 Munguía (35-0, 28 KO's), the former WBO super welterweight world champion, says his intention is to make two more fights this year, but he has no special opponent he wants to face.

"I'll fight with whomever my promoter and my working team decide. There are several options on the table, but we have to go step by step and see what is best for us," he reiterates.

Accompanied by his team, headed by his coach Erik "Terrible" Morales, his father Jaime Munguía, his coach Fernando Fernández, his nutritionist Antonio Pérez, and his co-promoter Fernando Beltrán, the Tijuanense fighter explained that he will repeat his next training camp in the Otomí Ceremonial Center, as he warns that he noticed many advantages in terms of condition and strength from his work in that facility.

Beltran would love to see Munguia in the ring with IBF middleweight champion Gennady Golovkin.

"He is a fighter whom I view as an ideal opponent to face Munguía. He is already 36 years old, but he is no longer the destroyer that he was three or four years ago, and his reflexes are half or a second delayed, and the punches he receives are hurting him. I think that at this moment, it would be the fight that suits Jaime the most," Beltrán confided.

Two years ago a fight between Golovkin and Munguia was nearly finalized, but the Nevada State Athletic Commission would not allow the contest to take place - as Munguia has no world level experience and had never fought at middleweight.

Munguia will retire Golov in the future

People are crazy thinking Manguia has a chance (or they just trolling) and this is 50/50 fight, lol, even 50 y.o Golovkin will school this guy, there are at least couple of levels of difference in skills between those two

Ah yes... the good old days I was a Trip G fan and defender.... I miss those. Actually, I give Munguia a better than average chance against Golovkin. Trip G is inactive, relies completely on his jab anymore, and Munguia…

[QUOTE=Scary_canary;20329186]Lol are you joking? He only tried to fight him 2 yrs ago when he was even fresher[/QUOTE] And inexperienced, and not at his weight class, and not when GGG himself was 2 years older,and not after GGG got a…