Mexican boxing legend Erik 'Terrible' Morales started camp this week with WBO super welterweight world champion Jaime Munguía at the Otomí Ceremonial Center, nestled in the Mexican mountains, and which was the basis of countless preparations for his fights.

According to ESPN Deportes, Munguía will return to the ring on January 11, probably in San Antonio, Texas, against an opponent yet to be finalized.

There is talk of great things to come in 2020 for the young Tijuanense, who is just 23 years-old and 34-0 record with 27 knockouts. 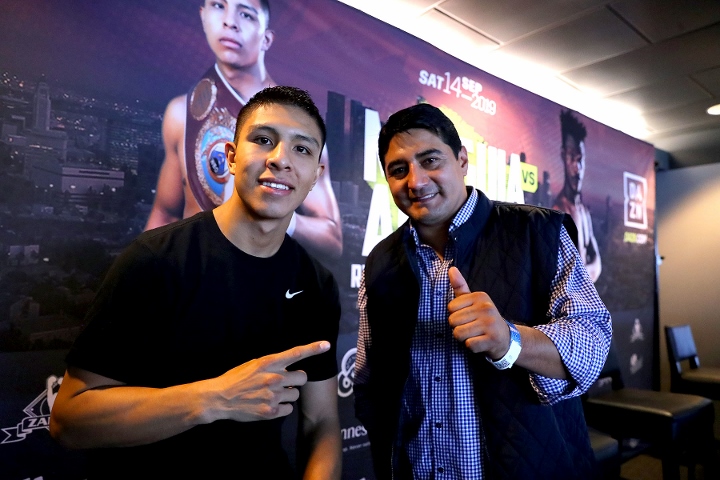 Munguía and Morales arrived accompanied by their working team made up of Fernando Fernández and Jaime's father, in order to acquire the best possible physical condition for their next appointment in the ring, in the same way Morales did for a good amount of his world championship fights.

The Otomí CC has a height of 2,800 meters above sea level, and has been home to fighters such as Julio César Chávez, Érik Morales, José Luis Castillo, Jorge Arce, Jackie Nava, Humberto Soto and Carlos Cuadras, to mention a few.

For now the preparation will start in the Otomí, but it is expected that the team can leave the headquarters of the camp a couple of weeks before the battle on January 11, to work a little faster and adjust to the issue of weight.

They were still defining whether the fight is going to take place at 154 or 160 pounds.

Jaime is coming back from knocking out Patrick Allotey this past September in Carson, California, and little by little he's becoming one of the fighters to follow in today's Mexican boxing scene alongside fighters like Canelo Álvarez, Juan Francisco Estrada, Miguel Berchelt, Óscar Valdez.

[QUOTE=djb914;20185761]Would like to see him fight Austin Trout, Trout has Fought just about Everyone and always gives a tough fight. For Munguia Lots of good fights for Munguia, Trout, Lara, Castano etc.[/QUOTE] Trout would outbox his ass this dude Munguia…

Anyone heard any rumors about his opponent?

Would like to see him fight Austin Trout, Trout has Fought just about Everyone and always gives a tough fight. For Munguia Lots of good fights for Munguia, Trout, Lara, Castano etc.