Two months after an unsuccessful try to win the vacant WBO lightweight title, Paulus Moses and his promoter still feel they are the victim of boxing politics.

The Namibian fighter fought fellow top-rated Raymundo Beltran on February 16 in Reno, Nevada for the World Boxing Organization 135-pound belt, vacated by unbeaten Terry Flanagan. Despite being 39 years old and having spent his last couple of years fighting in Africa against mediocre opposition, Moses (40-4, 25 KO) gave hell to the younger Beltran before the judges declared the hometown boxer the winner following an all-action twelve-round encounter.

“It was a very exciting fight. The kind of fights that one rarely gets to see these days between two opponents that go all out to give the fans their monies worth,” told Nestor Tobias, Moses’s promoter to BoxingScene.com recently. 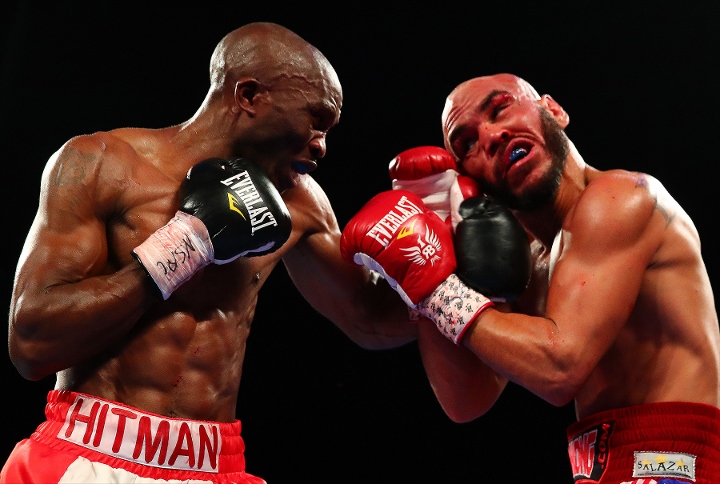 Many fans and boxing insiders thought the bout could have gone either way after both pugilists were able to hurt the other and control the action in waves during the carnage. However, judges scored it pretty one-sided as they favored Beltran (35-7-1, 21 KO) by scores of 117-111 twice and 116-112.

“We felt hard done by the decision, it was as if the night was all about Beltran and Beltran only, and clearly Beltran was declared the winner long before the fight started. Moses has no shame about this fight in our eyes, he gave it his all and was the winner.”

What Tobias mentions is the fact that during the build-up of the fight, American press heavily publicized about the green card issue of the Mexican Beltran who was said to be in great need of a world title to be able to secure a permanent stay for his wife and three children in his adopted country of the United States.

The Namibian businessman, who brought his country fame through boxing as he gave three world titlists to Namibia in the past decade, feels the judges were emotionally intoxicated by the story of Beltran and that made a heavy toll on their job that night.

“Before I talk about the judges, let us start from the commentators. It was all a publicity stunt, about Beltran’s visa and how this fight will get him to stay in the US, so sad for boxing. At the end of the day, there were two fighters in the ring, and that is all the judges should have scored, the fight and not vote for his green card. Boxing should be about boxing, otherwise, the sport will lose its credibility,” stated Tobias.

Moses, who will turn forty in June this year, never spent too much energy on criticizing the judges’ work as he has learned much during his over one-and-a-half decades in the pro game.

“Look, I have seen too many fights and have been in boxing long enough to know that certain decisions you will never get even if you give it your best, and this [one against Beltran] was one of them. Complaining was not going to help anything, I have put that behind me, but one thing is for sure, I will never allow myself to have such a close fight and leave it in the hands of the judges,” said Moses to BoxingScene.com.

The Namibian pugilist is positive regarding his performance that February night in Reno and turns his attention to the future where he would happily accept a rematch against his predecessor.

“Of course, I did enough to win the fight. Fights are scored round by round, it is not a contest who finished stronger, and what the judges can remember. But I have learned my lesson and I would welcome a rematch anytime.”

Beltran got caught last year with steriods!!! he almost killed the Japanese boxer!!! What a POS!!!😡

Beltran just looks bad at the end making most assume he lost but theres 12rds u have to score. I had it 7-5 for Beltran. I could entertain a draw but Beltran won.

Yeah I had Moses the clear winner in that myself. Was rooting for Beltran but you have to keep it real and be fair. Beltran had some good rounds, but to me Moses was the winner. Would like to see…

Who on earth is Moses ???? Keep on chasing gazelles in Namibia....no one even knows where that is.