Morales Surprised Pacquaio's Still Fighting Due To Wars He's Had

They fought twice more in 2006. Pacquiao stopped Morales in each of those 130-pound fights, including a third-round knockout in their third meeting in November 2006.

Mexico’s Morales, 42, is enjoying retirement. He hasn’t fought since Danny Garcia knocked him out in the fourth round of their rematch in October 2012. 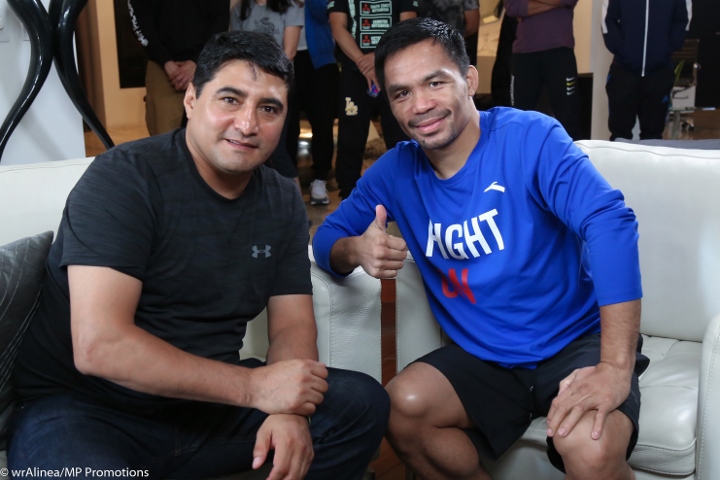 The former four-division champion couldn’t fathom fighting into his 40s. That’s what impresses Morales so much about the 40-year-old Pacquiao continuing to compete at the elite level.

The Philippines’ Pacquiao (61-7-2, 39 KOs) will attempt to beat a significantly younger opponent in a second consecutive bout when he challenges Thurman (29-0, 22 KOs, 1 NC), of Clearwater, Florida. In his last appearance, Pacquiao easily out-pointed Adrien Broner (33-4, 24 KOs, 1 NC), a four-division champion from Cincinnati, in their 12-rounder January 19 at MGM Grand Garden Arena.

“It’s gonna be a complicated fight, no doubt about it,” Morales said. “But knowing Pacquiao, starting in the second round, that’s when he’s gonna be starting to charge. So, it’s either gonna be decision Pacquiao, or maybe late, a knockout by Pacquiao.”

[QUOTE=boxinggod101;19917735]Dont call me a dumbass, im not the one getting popped.[/QUOTE] Surprised you didnt fit any typos in there, you usually write like a dumbass too.

[QUOTE=Elotero;19917685]So if he got popped was he really using the best shyt you dumbass?[/QUOTE] Dont call me a dumbass, im not the one getting popped.

[QUOTE=boxinggod101;19912069]Morales as enough money to buy the best PED. He still got.popped for them. Cry me a river now[/QUOTE] So if he got popped was he really using the best shyt you dumbass?