Moloney: Inoue Fight Is A Dream, But Not The End Goal By Any Means

Top Rank didn’t have much of an investment into the bantamweight division at the time they signed Jason Moloney to a promotional contract last summer, but that didn’t stop the Australian native from pursuing the biggest challenges.

“This is a fight I’ve wanted for a long time,” Moloney told BoxingScene.com. “I remember going into my own fight at the time (a 2nd round knockout of Dixon Flores, six days after Inoue’s win over Donaire) that I wanted my next one to be for the world title.

“At the time, I was looking to fight the winner of the (Guillermo) Rigondeaux-(Liborio) Solis fight since I was the highest ranked challenger. That didn’t work out for whatever reason but it’s probably a good thing because I got the fight of my dreams instead.” 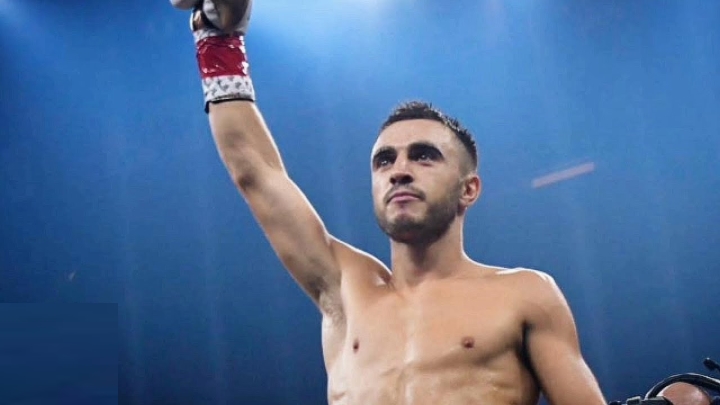 Moloney (21-1, 18KOs) will enter his second career title fight as he challenges Japan’s Inoue (19-0, 16KOs) this Saturday, live on ESPN+ from The Bubble at MGM Grand in Las Vegas. Tentative plans for such a fight were first teased earlier this spring, when the two were due to appear on the same Vegas card at Mandalay Bay. Inoue was to have faced John Riel Casimero in a three-belt unification clash, while Moloney was tabbed to fight Joshua Greer Jr. in a de-facto title eliminator.

The show was canceled due to the ongoing coronavirus pandemic, with Moloney making his way back to the ring this past June. He was matched with Mexicali’s Leonardo Baez, a proven spoiler who took the fight on short notice in place of an injured Oscar Negrete. It was a test which Moloney passed with flying colors, enough to sell the brass at Top Rank on his chances of succeeding at the next level.

“We put him in with a very, very good opponent in his last fight,” Hall of Fame promoter Bob Arum told BoxingScene.com. “Our matchmakers wanted to see, they’ve heard about him and seen films but wanted to see for themselves his level of confidence and how good he was. We heard all these stories, and he passed the test.

“When it came to making the match with Inoue, we felt that it was a very good fight and that Jason had a real good chance to upset Inoue. So, we made the match.”

The event marks Moloney’s second attempt at a major title. His lone career defeat came in a heartbreaking split decision to Puerto Rico’s Emmanuel Rodriguez, an unbeaten bantamweight titlist at the time of their October 2018 war in Orlando, Florida. The but as part of the World Boxing Super Series tournament which Inoue claimed top honors in his aforementioned win over Donaire, having knocked out Juan Carlos Payano and Rodriguez along the way.

Four straight wins have followed by Moloney, all by knockout heading into what he considers the next step of his career.

“The Inoue fight is a dream but it’s not the end goal by any means,” insists Moloney. “It goes way past this fight. I’m not overlooking this weekend at all, you’d have to be foolish to look past a fighter as great as Inoue. But this is the gateway to going on and enjoying a massive 2021. That’s why I wanted this fight, not just to say that I fought the great Naoya Inoue but to be able to say that I beat one of the best fighters in the world today.”