Mohamed Mimoune: I Was Robbed Because I'm French!

Mohamed Mimoune hit out at the judges of his fight against Tyrone McKenna.

The former European welterweight champion was in action on Friday night at York Hall.

Mimoune took on the man from Belfast at the famous Bethnal Green venue, exclusively live on Sky Sports in the UK and ESPN+ Stateside, in the second semi-final of the MTK Global-promoted Golden Contract tournament. 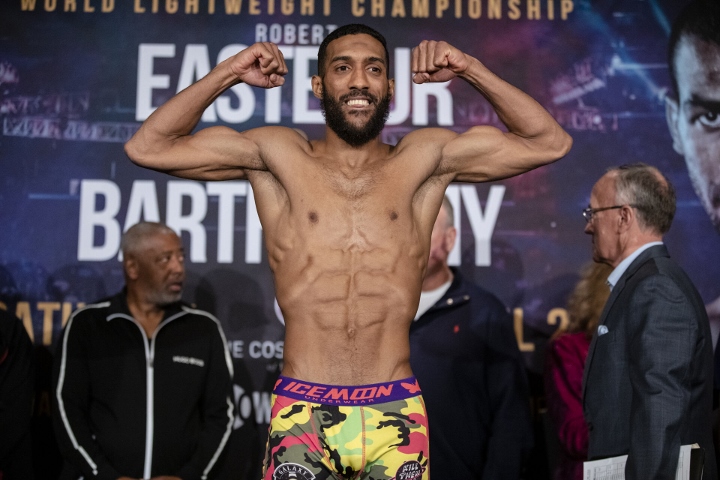 It seemed at the end of 10 rounds that the Frenchman had done enough to make it to the final and meet Ohara Davies, but the three scoring judges handed in absurd tallies of 96-94, 96-94 and 97-93 in favour of McKenna.

Mimoune was rightly angry at the decision and had plenty to say regarding the verdict shortly afterwards.

“I’ve been robbed,” he said. “I feel that is because I’m French and I’m the away fighter. That’s not acceptable and he didn’t win. I’d like to get it on again over 12 rounds. I’m a true warrior, a true fighter who fights at the elite level and I want to prove that by getting it on with Tyrone again.”

Davies, now under the tutelage of Angel Fernandez, dropped Jeff Ofori at the end of the third round in their semi-final clash before stepping on the gas at the beginning of the sixth, hitting the former Southern Area champion with a right hand, following it up with a heavy barrage of shots and forcing the referee Kieran McCann to step in as he booked his place to bid to become the last man standing in the super-lightweight division.

He will now face McKenna in the final, but Mimoune will undoubtedly feel incredibly aggrieved and be looking to bounce back from this major disappointment sooner rather than later.

Shut all the f** up lmao. So now color define the nationality ? Mimoune is born in Toulouse and proud to be French and to represent France. We all have origin. In france we have a lot of arab and…

Ha!! he’s not french at all. he is just a French citizen. Being born or becoming a citizen of a country doesn’t make u an ethnic French.

[QUOTE=thereeldeel;20405838]Are you saying that the vast majority of white French men are Soyboys and Cucks?[/QUOTE] lol well they're not good at sports, that's for sure.

[QUOTE=TheCell8;20405816]It should be noted: All, if not most, successful French athletes are African or Arab decent (Or both). White frenchmen suck at sports, that's why all their sports teams are like 80% non-white French.[/QUOTE] Are you saying that the vast…

It should be noted: All, if not most, successful French athletes are African or Arab decent (Or both). White frenchmen suck at sports, that's why all their sports teams are like 80% non-white French.