Mikey Garcia rallied in the middle rounds against Jessie Vargas and landed the harder punches all fight, while landing 44% of his power punches on pace to a twelve round unanimous decision. 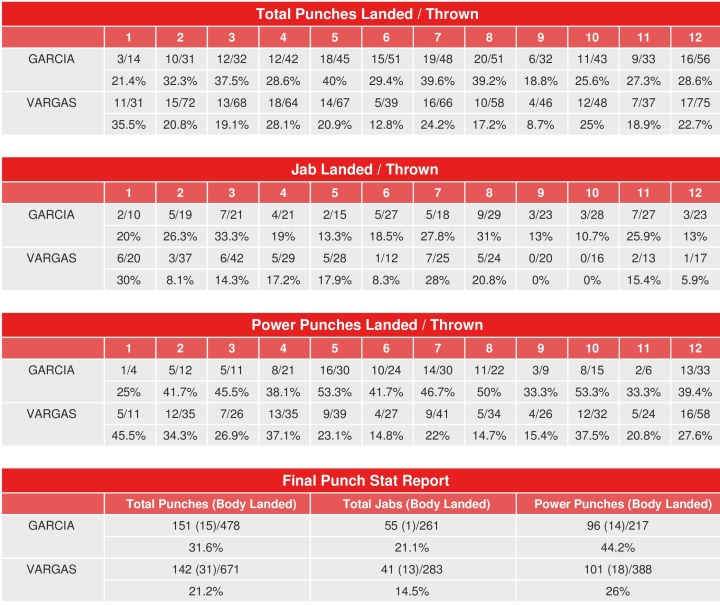 44% power punches landed is some seriously impressive territory, albeit for a low volume fighter.

Vargas 101 ''power'' punches landed Might as well add those numbers to the jabs landed.