Ruiz reached the very top when he shocked the sport with a seven round stoppage of Anthony Joshua in June 2019 to capture the WBO, IBF, IBO, WBA heavyweight titles at New York's Madison Square Garden.

The December rematch was a different story, with Ruiz being out of shape and losing a lopsided twelve round unanimous decision to Joshua. 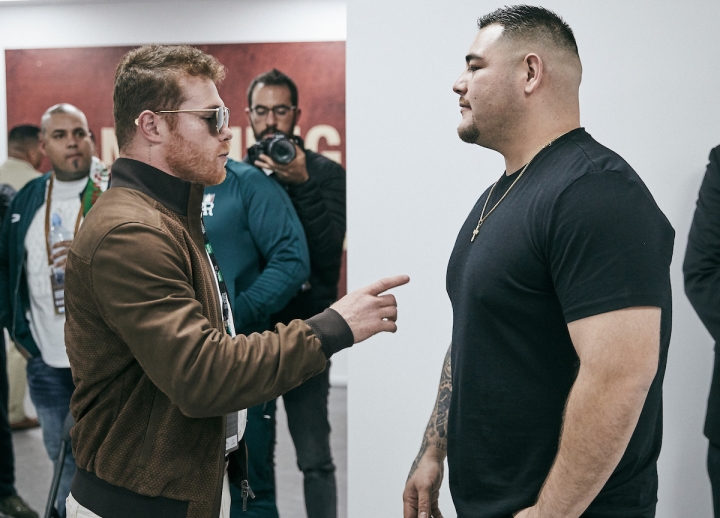 After that fight, Ruiz admitted that he partied for two months and started training camp way too late.

Last week, it was made official that Ruiz had reached a deal to work under Reynoso.

Reynoso, the 2019 Trainer of The Year, is best known for his work with Mexican superstar Saul "Canelo" Alvarez. He also works with Ryan Garcia, Oscar Valdez, Julio Cesar Martinez, Luis Nery, and others.

Garcia speculates that Ruiz may have become too friendly with Robles and needed someone with a firm hand like Reynoso to keep him in check.

"Ruiz needed someone to straighten him out to train. He could have had too much of a friendly relationship with Manny and that's why he had become complacent. That happens when a fighter feels too comfortable with his coach. He needed to go to Reynoso's camp, which by the way is excellent," Garcia told Fighthype.com.

Like most of the posters here, I believe that Ruiz doesn’t need a make over in skills. He needs to do whatever it takes to find the motivation to get in real fighting shape. If he got himself there (better…

[QUOTE=Phill lynott;20560042]All I got to say is good frikin luck with that Ruiz. Basically you lack self discipline and are welcomed in to a camp that just loves taking fighters who already have been trained by much better trainers. Garcia…

All I got to say is good frikin luck with that Ruiz. Basically you lack self discipline and are welcomed in to a camp that just loves taking fighters who already have been trained by much better trainers. Garcia cant…

[QUOTE=slimPickings;20558670]No trainer in the world is [B]going to teach a fat phuck SELF discipline[/B]! The only thing that is going to help him in that department is when he is BROKE again!!! Until then he is just fooling himself and…