Mikey Garcia on Dropping IBF: Too Many Big Fights Looming

With the intention of finalizing a fight in the first two months of 2019 with IBF welterweight champion Errol Spence, it was recently announced that Mikey Garcia officially vacated the lightweight title of the International Boxing Federation (IBF).

Garcia was being pressured to make a mandatory defense with the number one challenger, Richard Commey.

The purse bid set for Tuesday, because representatives of Garcia reported that he was not available to make the mandatory fight, fueling rumors that the negotiations to face Spence in February are advanced. 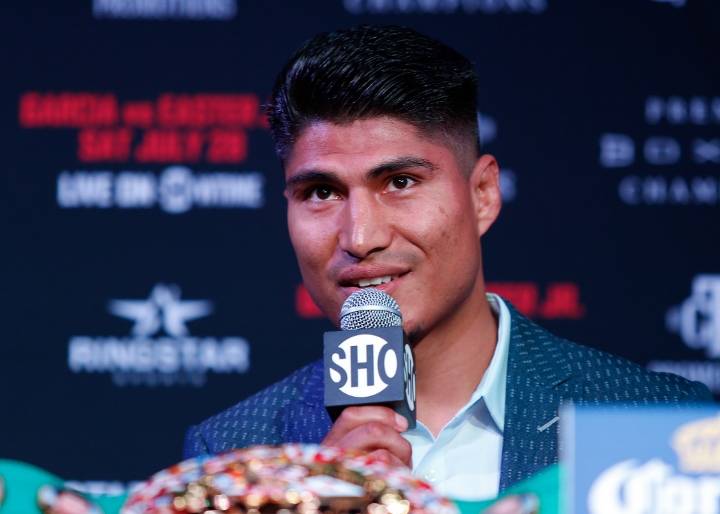 "We could not close the agreement because obviously there are a lot of big fights on the horizon for me, obviously people know of my interest in the fight with Errol Spence at welterweight, but there are also fights at 135, 140 and 147 pounds that are very interesting for me and we are trying to specify what is best for us," said Garcia ESPN Deportes.

"We decided to leave the championship because unfortunately we wanted to reach an agreement with the IBF and Commey but they have their rules and we could not, the time to negotiate is short and in the end I wish the best for Commey and whoever will fight him," Garcia added.

"We are thinking of fighting in January or February, everything will depend on the fight they give us but in those months we are back. We are going to look for what's best for us, we want to give them great fights, but it is true that Spence interests us as does Lomachenko, Pacquiao and the best.

[QUOTE=Socialtwinkie;19244381]Yeah, apology not accepted. Thats something new you also learned today. As an adult you dont need to accept anyones apology especially a half assed one like yours. But keep on talking and one day someone will beat your f…

[QUOTE=aboutfkntime;19243869]you say that you are not Lou but..... you act just like Lou oh well, it must be just a coincidence I do apologize dear Sir, it looks like I was wrong who would have thought..... that two such very…

[QUOTE=Socialtwinkie;19243583]Lmfao. You're telling me you [B]dont even know who the **** lou is[/B] and you're still making these baseless accusations? Haha. I'm fine with you being delusional. I even offered to fly to you and whoop your ****ing ass. You…

[QUOTE=aboutfkntime;19243574]ahah fcuk you twinkie-boi seriously, you shlt-stain..... how the fcuk would you prove that you are not an alt? how ? :lol1: stick your finger, back up your butthole, and STFU twinkie-boi we are saying, that you sound just like…